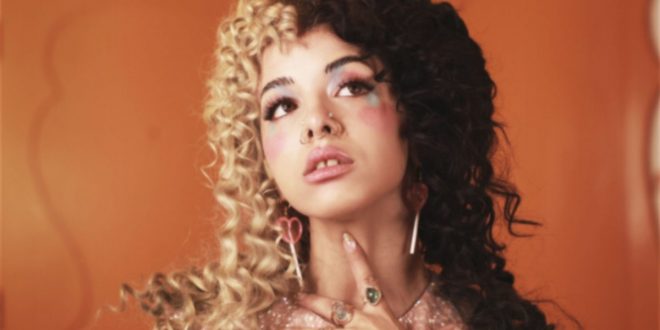 Atlantic recording artist Melanie Martinez has announced today’s release of a new song and an extensive leg of her world tour. “Copy Cat (Feat. Tierra Whack)” is available now at all DSPs and streaming services now. “Copy Cat” will be featured on her first project since 2019 album K-12, an EP entitled After School which is due for release this Spring. Tierra Whack is the first artist to be included as a feature on a Melanie Martinez track.

“I’m so thrilled to be releasing this song with the most magical artist and insanely gifted lyricist, Tierra Whack,” says Martinez. “This song was written years ago and from an empathetic perspective, even while in a very hurt place. We’re all told that imitation is flattery to ease the pain that the ego feels when other people get credited for our ideas and our work. But being human includes feeling a multitude of feelings, and naturally this song came about when expressing those very raw emotions. I hope this song can not only bring comfort to anyone experiencing that feeling but also remind them to empathize with people who are just doing what society has conditioned them to believe will make them successful.”

Martinez has further announced plans for a major North American headline tour, her biggest and most adventurous stage production thus far. Dates begin June 3rd at The Armory in Minneapolis, MN and then continue through late July. Highlights include Martinez’s appearance at Bunbury festival, and her eagerly anticipated debut performances at New York City’s legendary Radio City Music Hall (June 24th) and Los Angeles, CA’s historic Greek Theatre (July 17th). Martinez has partnered with PLUS1 for the “K-12 Tour” to support crisis intervention and suicide prevention services for LGBTQ youth through the Trevor Project for her US dates, and local organizations working to support and empower the health and wellbeing of LGBTQ communities for her Canadian dates. For more information about PLUS1, please visit www.plus1.org.