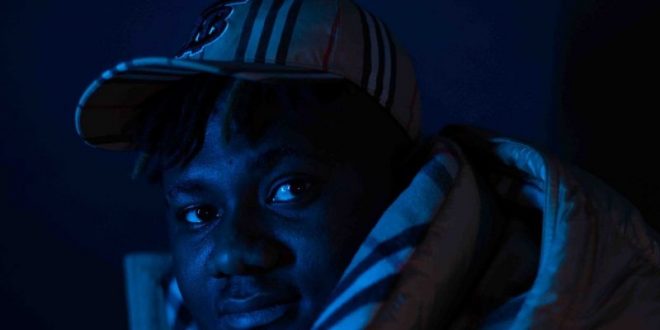 Taiwo Oyinloye is a Nigeria-born and bred, Canada-based rap artist and songwriter. Utilizing the roots of his upbringing in Lagos and translating them to his current situation in Toronto, Oyinyloye strives to expand his unique perspective on an otherwise largely overlooked hip hop scene. He has left a sizable imprint under the pseudonym John Tony with his debut single, “Would You Mind,” since its January 27th release.

According to Oyinloye, the single centers on the endangerment of love as a positive entity. He states in the song’s description, “[I]t is disheartening to see how much love has been bastardized and its powers abused in this current age,” while emphasizing a goal restoring its efficacy in society. Noting that, I found the murky cover art for the single to fit in that context, as it complements the beat’s mournful and bleak synth tone. Oyinloye’s vocal tonality comes across as sharp and somewhat strained, a workable contrast in conveying the thematic sentiments alongside the instrumentation. Ultimately, he successfully demonstrates that emotional distance doesn’t simply make the heart grow fonder, it drives the heart insane, and often obscures that heart in a seemingly unbearable haze of infatuation that can prove difficult to conquer for anyone.

I come from a family who is passionate about all things music. I learned to sing at an early age, and by 13, had my very own Fender Strat guitar. I tried my hardest at learning all that I could. Because I was born with cerebral palsy, I had to teach myself an adaptive playing style. I learned to write and record my own music, despite these difficulties. In college, I started making great use of my writing abilities by reviewing music, as well as copy editing. I guess it's best to stick with what you know, while welcoming a fair challenge at the same time.
Previous Gallery: flor, Winnetka Bowling League at The Glass House in Pomona, CA (02.06.20)
Next Megadeth and Lamb Of God Announce Massive 2020 Co-Headline Tour Across North America