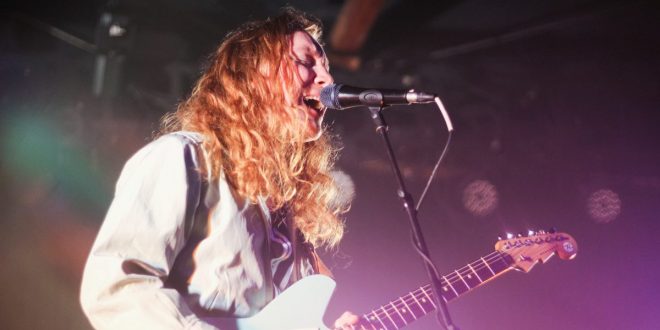 Editor’s note: Indie pop outfit flor dropped their sophomore album ley lines back in September. Since then, their infectious sound has been capturing the attention of alt pop enthusiasts worldwide. But the band make their home on the West Coast of the US, where they’ve spent most of their lives. Hailing from Hood River, Oregon – a town with a population just north of 7,000 – they moved to Los Angeles to pursue a musical career. On Friday night, they were back in the LA area for a show at The Glass House promoting their new record. Ashton Carr was in attendance, camera in hand, capturing some images of the colorful visuals provided by flor and support act Winnetka Bowling League. Scan through their photos below.