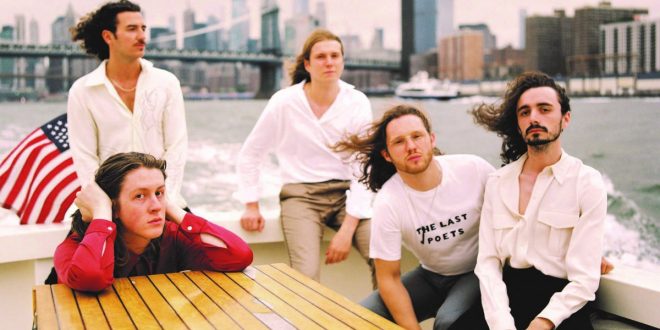 Today, British band Blossoms have released their latest album Foolish Loving Spaces. The album is an exciting follow up to the band’s 2018, top 5 album Cool Like You and features singles “The Keeper,” “Your Girlfriend” and their latest release, “If You Think This Is Real Life” which is paired with a new video, directed by Michael Holyk.

Last year, the Stockport five-piece returned to North America for a six-date headline run, joined by Dublin band Inhaler as support, making stops in Brooklyn, Toronto, Chicago, San Francisco, and Los Angeles. Blossoms have gone on to amass almost a quarter-of-a-billion combined global streams, with North America being their second-biggest market in the world. Since forming in 2013, Blossoms have enjoyed widespread success and acclaim.