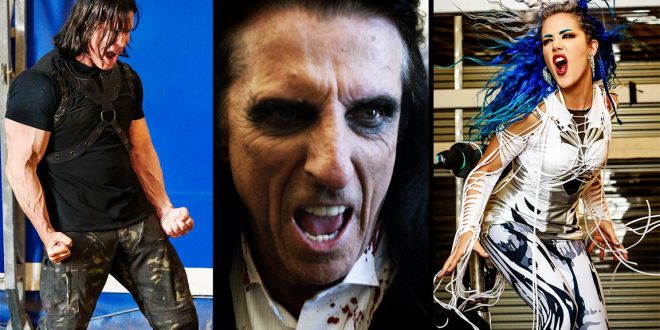 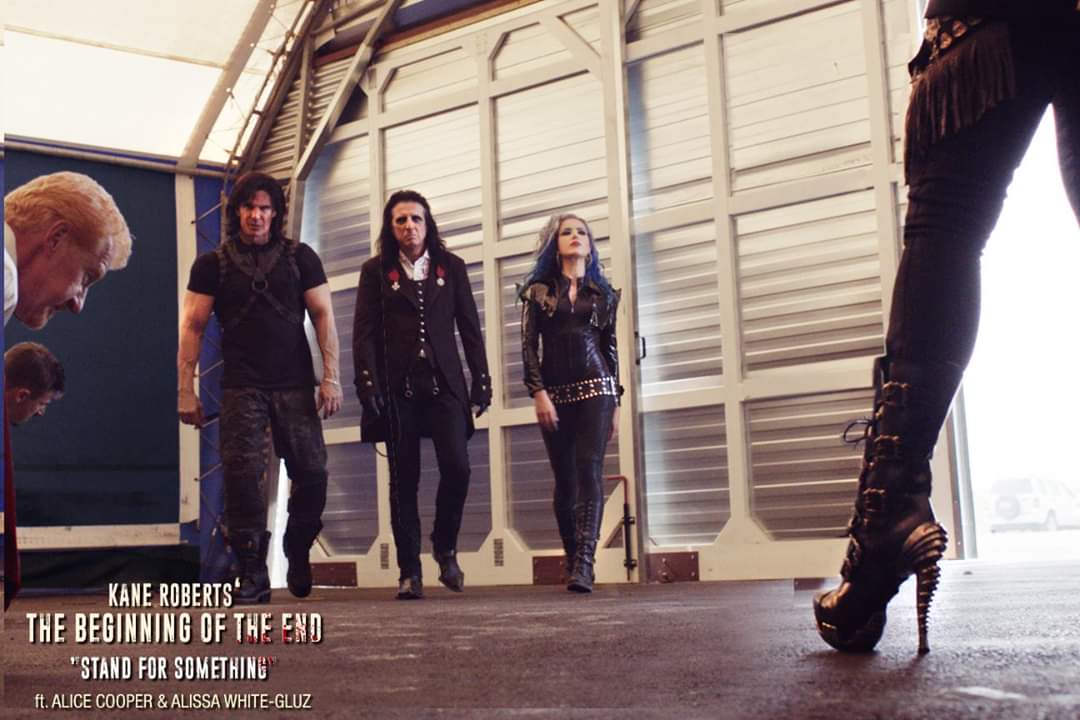 “Beginning of the End,” which appears on last year’s The New Normal, is a powerful track that required equally powerful voices and personalities to bring it to life.
“When Alice Cooper and Alissa White-Gluz both agreed to be in our ‘Beginning of the End’ video, I was blown away,” Roberts says. “Once the shock wore off, I realized I’d created the perfect storm. There was so much electricity in the air that it was obvious there was no safe place on the set, and the job was to capture it all in camera! As expected, their performances were truly iconic and I believe we created something both original and powerful.”
Roberts’ musical co-stars were equally enthusiastic about the collaboration on “Beginning of the End.”
“I go out of my way to work with Kane any time I can,” Alice Cooper says. “He’s truly a great guitarist with the brain of THANOS!”
Adds Alissa White-Gluz, “Working with Kane for ‘The Beginning of the End’ was interesting and challenging. To establish oneself in a song alongside Alice Cooper is no easy task! I feel we created a narrative in the song that just begged for a storybook type of video, so we got together and did that too!”

NewYork Based Photographer. Music Enthusiast with a background in Graphic Design. Whether I'm shooting a live event or just out wondering the streets its about capturing the moment.
Previous Single Review: Wendy Halo – “High Life”
Next Agnostic Front Announces Co-Headlining East Coast Tour With Sick Of It All!