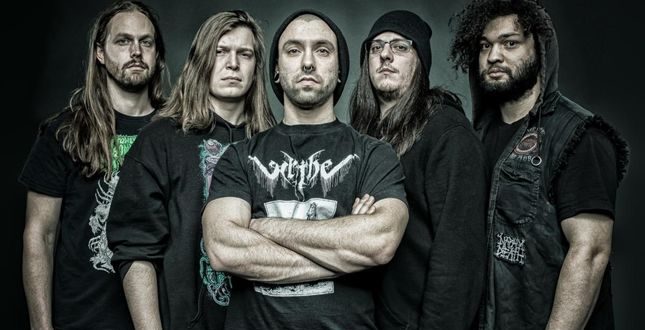 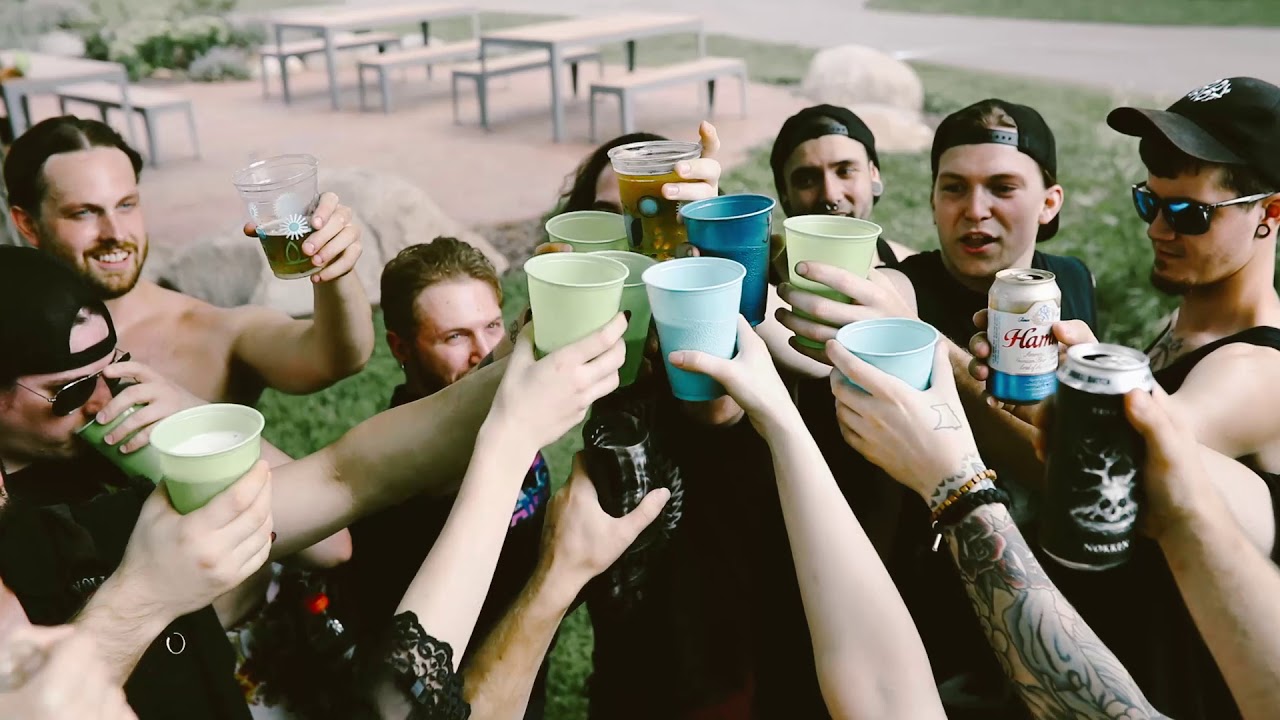 “We like doing goofy videos,” says guitarist/songwriter Roman Non. “For this one, we kinda went with an ‘It’s Always Sunny in Philadelphia’ theme, where we’re all acting like assholes and ruining everyone’s good time. It was a blast to shoot.”
Devotion, the first of two “sister” EPs, features five tracks of razor-sharp riffs and blindingly fast drum work, blending elements of death metal, thrash and grind. Each of the EP’s tracks were inspired by the cult card game Magic: The Gathering.
Says Non, “The name of the record is a reference to all the sacrifice and perseverance that comes with the life of a musician, and how much dedication and belief in yourself it takes to see this dream take off. But the title is also a ‘Magic’ cards reference.”
Founded in 2014, Graveslave has been on the grind since inception. The group was formed by Non, drummer Ben Fagerness (Gloryhole Guillotine) and bassist Josh Burke, whom all share a mutual love for gutturals and blast beats. From humble beginnings at local Twin Cities shows and DIY tours all the way to trekking across Europe in support of Origin, Rings of Saturn, and Hideous Divinity, Graveslave kept consistently active, also releasing two EPs and a single, until the untimely death of vocalist and key member Don “Doombringer” Durkee in 2019. After a brief hiatus, the group began quietly rebuilding and recuperating. After adding new vocalist Ashton George and guitarist Joel Sigsbee (Oklahoma Caddyshack), Graveslave began putting finishing touches on Devotion, a record that now bridges two distinct eras of the band.
Devotion is available for pre-order at https://graveslavemn.bandcamp.com/album/devotion.

NewYork Based Photographer. Music Enthusiast with a background in Graphic Design. Whether I'm shooting a live event or just out wondering the streets its about capturing the moment.
Previous Abysmal Dawn Reveal New Album Details and Premiere First Single “Hedonistic”
Next Fit For An Autopsy Release Brand New Video For “Warfare”