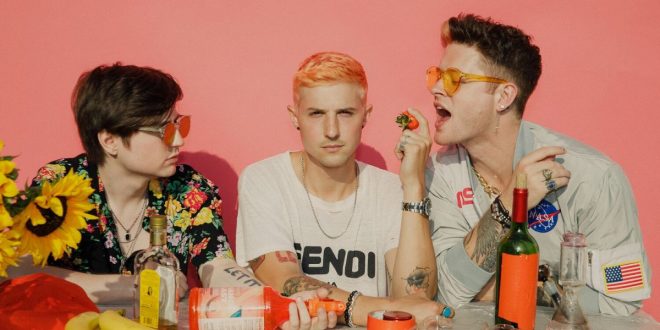 Multi-platinum selling band, Hot Chelle Rae, have announced The Tangerine Tour presented by Sirius XM Hits 1, the 30-date tour will kick off March 12th in Santa Ana, CA and will run through April 30th. Coinciding with the tour announcement the band has released the lyric video to their latest single “I Hate LA”, featured exclusively on People Magazine. Inspired by their love/hate relationship with Los Angeles, “I Hate LA” is a memorable, catchy anthem with unique melodic pop hooks partnered with hints of R&B guitar, countering the lyrical word play that the band is known for and serving as a sneak peek for the new music they plan to release this year.

“It’s been overwhelming to see the incredible response to our first song in five years, I HATE LA, and we’ve been itching to hit the road to share what else we’ve been up to,” says Ryan Follesé. “Touring has always been the most special part of what we do – for one night, everyone in our audience shares in the moment and just has fun. We can’t wait to see so many familiar faces experience this new music and continue the journey together.”