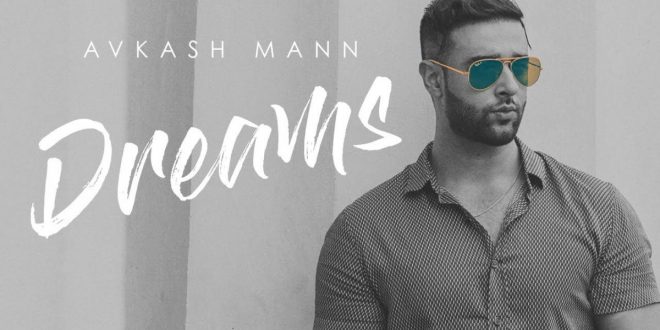 Avkash Mann’s cultural sensibility is essential in giving his music its distinctive identity. Having grown up in Mumbai, India and British Columbia, Canada, his influences are closely tied to both countries. He has an artistic presence in both places just as well, receiving major distribution through Universal Music India, while independent in Canada. On YouTube alone, Mann’s previous two releases, “Away” and “Tere Vaaste,” have accumulated as many as 15 million hits, and have earned streams in the millions over various other additional sites.

“Dreams,” Mann’s latest single, is still faring reasonably well since its release in December. Through a largely pop foundation, its spectacle is stripped down in favor of a simpler, yet, in a sense, rawer sound, that maintains the representation of his formative grounds. The reverb-tinged strikes of the percussion contribute to a more audibly tribal, Indian feel, whereas the melodic component of the acoustic guitars alludes to a subtler, downhome Canadian feel. Amidst the instrumentation, Avkash’s vocal tonality blends nicely with a kind of rhythmic quality beneficial to the pacing and flow of the general involvement. It’s clear that Avkash is undergoing a gradual, yet steady stylistic maturity, which is certain to continue as 2020 progresses.

I come from a family who is passionate about all things music. I learned to sing at an early age, and by 13, had my very own Fender Strat guitar. I tried my hardest at learning all that I could. Because I was born with cerebral palsy, I had to teach myself an adaptive playing style. I learned to write and record my own music, despite these difficulties. In college, I started making great use of my writing abilities by reviewing music, as well as copy editing. I guess it's best to stick with what you know, while welcoming a fair challenge at the same time.
Previous Halsey announces 2020 North American Tour
Next Circa Waves debut new track + music video – “Move to San Francisco”