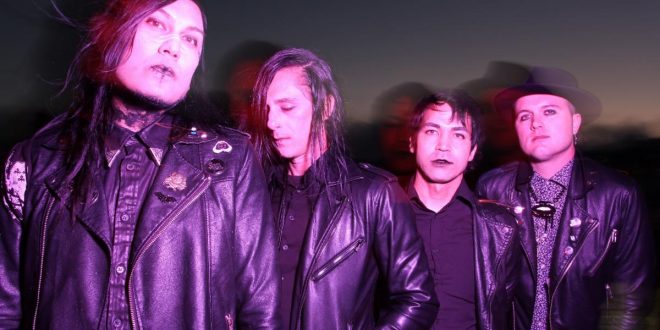 2
SHARES
FacebookTwitter
To celebrate their tour kick-off on January 3rd, horror obsessed provocateurs Death Valley High have surprised fans with a new song, “Raise Hell,” available now.
Watch the video for the track now via Revolver at https://www.revolvermag.com/music/hear-la-goth-rockers-death-valley-highs-electrifying-new-song-raise-hell.
“I got sick of hearing the misuse of the term ‘witch hunt’ and the ignorance just throwing it around. I started to imagine a scenario bridging physical and metaphysical uproar,” says frontman Reyka Osburn. “‘Raise hell’ usually means to rebel rouse, but in this instance, I actually mean to devil rouse.”
The “Raise Hell” single is currently available exclusively via Bandcamp at https://deathvalleyhigh.bandcamp.com/track/raise-hell.

NewYork Based Photographer. Music Enthusiast with a background in Graphic Design. Whether I'm shooting a live event or just out wondering the streets its about capturing the moment.
Previous Kvelertak Release New Song and Video for “Crack of Doom” Featuring Mastodon’s Troy Sanders
Next This Time drops new LP