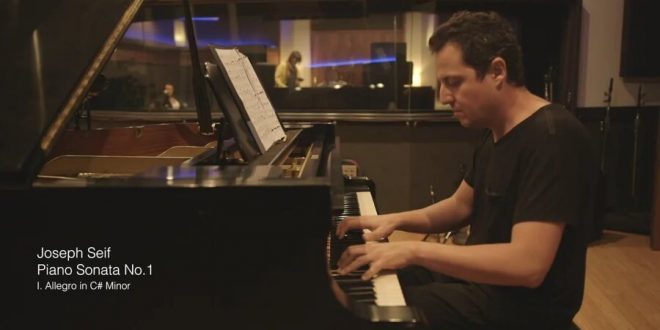 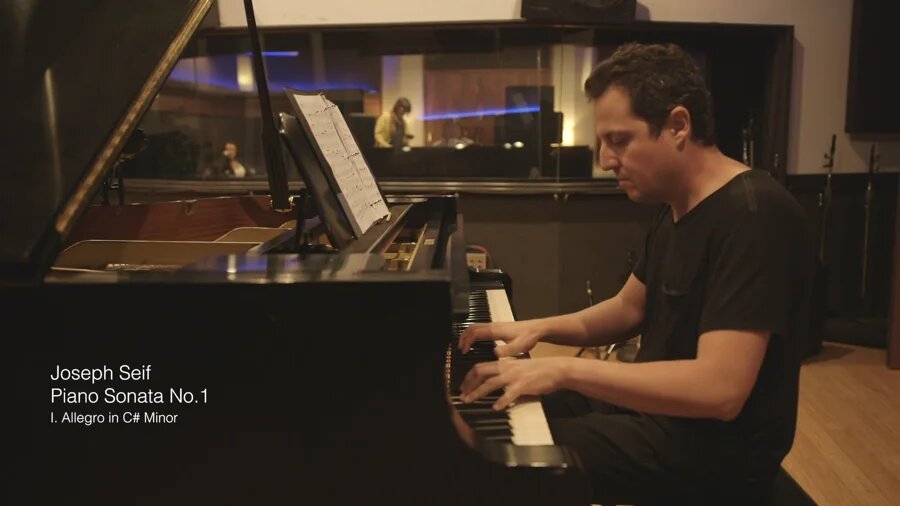 Joseph Seif released two intriguing records in 2019, Piano Sonata No. 1 and Piano Sonata No. 2, both of which caught the ear of a number of people within the classical music community, and although the New Year of 2020 is now upon us, this pair of sonatas are still getting a justifiable amount of attention now well outside of the aforementioned circles. Piano Sonata No. 2 begins with “I. Allegro Moderato in C Minor,” a clandestinely designed piece of material that leads us into the dark forest of tonality that is “II. Adagio in D-Flat Major” seamlessly, as though the two were never meant to be separated by a tracklist in the first place. There’s no interruption in the stream of piano keys that creep out of the shadows in this record unless the listener hits the pause button; there is only a man with his instrument, and the emotions that they will conjure up together inside of what actually amounts to being a standard extended play.

Piano Sonata No. 2 concludes with a third movement in “III. Allegro Assai in C Minor” that is far more crushing than the two that precede it, but hardly so gargantuan that we lose sight of the previous melodies’ impact in the least. Where No. 2 ends on a particularly dark note, the same cannot be said for Piano Sonata No. 1, which seems to build itself up from ground zero in “I. Allegro in C-Sharp Minor,” continuing forth in “II. Andante in D Minor” and finally finishing us off in “III. Presto in A Minor,” my favorite movement of any here. Together, the two records run just under thirty minutes in total length, yet they feel like two complete concerts when played back to back. They’re larger than life and still so perfectly contained, and though you can debate whether or not this is a good attribute within the context of today’s classical music, I for one couldn’t have been more taken with the listening experience presented by both sets. No. 1 adds on two bonus recordings in “Adagio in A Minor” and “The Fountain at Huntington Park” that truly feel like additional treasures, which isn’t always the case when tacking extra tracks onto a standalone sonata.

Classical music is an acquired taste, but make no mistake about it – if you’re able to appreciate the dexterity and calculation it takes to make a gorgeous piano ballad as stunning as the heavens of the night sky, you would do well to hear what Joseph Seif is creating in these two EPs. Enjoyable both together and on their own, Piano Sonata No. 1 and 2 are not the most groundbreaking works in the classical genre that I’ve heard in the last few years, but with regards to what they were meant to accomplish for Mr. Seif, they’re a watershed moment in an exciting career still coming into its own. I look forward to monitoring his progress in the 2020s, and I’m sure I’ll be joined by many others in saying so.