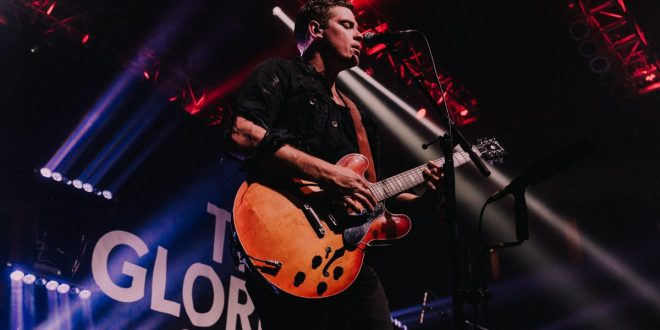 The past twelve months saw an abundance of new talent break onto the scene in 2019, and next year is looking to be no different. Listed below, Music Existence writers Katie Tymochenko, Bradley Todd and Jacob Kussmaul have contributed their top ten picks for Artists to Watch in 2020.

Canadian duo Crown Lands have toured with everyone from Jack White to Rival Sons, and have impressed music fans and critics across the U.S. and Canada. They haven’t released a full-length album yet, but have been drawing fans in with their powerhouse drummer and vocalist Cody Bowles. Paired with guitarist Kevin Comeau, the band has rhythmic tendencies like Rush along with the high-pitched howls of Led Zeppelin. They recently recorded their debut LP with Rival Sons’ producer Dave Cobb, which is projected to have an early 2020 release.

Shamelessly embracing sounds of the 60s and 70s, Hannah Wicklund & The Steppin Stones are just the latest rock band to adopt the classic sounds of generations past. Their debut album was released in 2018, and showcased Wicklund’s commanding vocals and noteworthy songwriting skills. Since then they’ve kept busy with releasing a live EP and consistently touring across the U.S. and UK.

One of the more melodic rock bands on the list, The Blue Stones have seen solid success on Spotify playlists throughout the past year. Combined with good radio airplay and a growing fan base in Europe, The Blue Stones are sure to have an exciting 2020. To start the new year, they will be touring the U.S. and Canada.

Michigan’s Jason Singer is one of music’s best kept secrets. He’s a singer, songwriter and guitar player who performs under the name Michigander and is on a roll. He’s released two killer EPs including Where Do We Go From Here, which is a five song masterpiece exploring heartfelt subjects related to love and finding one’s place in the world. The EP may be a small label release, but the arrangements and production scream ready for prime time. Fans of classic artists such as Coldplay, U2, Simple Minds, and The Church are likely to find Michigander appealing. New songs and an active 2020 have been teased on Michigander’s Twitter feed, so look for the best kept secret to spread even further.

In 2018 The Glorious Sons had a taste of what it’s like to make it big in the American music market. The Canadian rock band from Kingston, Ontario, had a No. 1 single on the Mainstream Rock Chart with “S.O.S (Sawed Off Shotgun),” and continued their success in 2019 by opening for The Rolling Stones (again!). Since then they have toured with everyone from The Struts, 311 and have an upcoming U.S. tour with Des Rocs starting in January 2020.

6) We Are Band Nerds

Melding a competent fusion of alternative rock, hip hop, and metal, the Dallas-based sextet has been aptly referred to as “Deftones meets Outkast”. In the relatively short time they have been releasing music, the band has received acclaim for their singles “Whore,” and “Zombie (Wake the Dead)”.  On February 1st, the band will reach an important milestone for their involvement in the Shiprocked 2020 Cruise, supporting veteran bands like Alter Bridge and Halestorm.

cleopatrick broke onto the scene in late 2017 with their monstrous hit “hometown” and have been steadily releasing singles ever since. Their sound is heavy rock with a splash of electronica, making it nearly impossible not to dance along to every song in their catalogue. With more music and shows promised in 2020, next year is looking to be big for cleopatrick.

It wasn’t too long ago that Des Rocs was sitting in the last row at Madison Square Garden attending a concert by his favourite band, Muse. Flash forward to 2019 and Des Rocs would have the opportunity to open for his favourite band and continue on the whirlwind success he’s seen over the past few years. He has over 40 million streams on Spotify alone, and his live performances are rumoured to be just as exciting. His blues heavy guitar sound pairs perfectly with his melodic rock songs, and will be on full display in 2020 while he tours his latest EP Martyr Parade.

Being one of the youngest bands on the list, Fade Awaays surprised everyone this year with their massive presence throughout Toronto’s indie scene. They started out 2019 with impressive sets at both Canadian Music Week and North By North East, and just recently secured a touring gig opening up for The Beaches in 2020. The new year will focus on growing their fan base and releasing a follow up to their 2019 EP Taste of Life.

Boston’s latest indie alternative rock band Future Teens, created a big name for themselves in 2019 and will look to continue their success well into the new year. This year they released their sophomore album Breakup Season, toured with The Wonder Years and even won Alt/Indie Artist of the Year at the Boston Music Awards. To conclude 2019 the band collaborated with 18 other artists to release ReRed, a cover album of Taylor Swift’s Red in celebration of the pop star’s 30th birthday, with proceeds going to the Equal Justice Initiative.