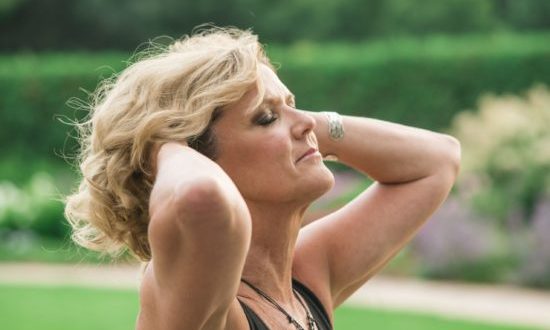 As her upcoming full-length, Intuition, nears its release for February 2020, singer/songwriter Randi Fay is tiding fans over with the opportune holiday single, “Grown-Up Christmas List.” At first glance of the title, listeners might expect a typically timely Christmas song, complete with cliché jingle bell-laden trimmings. But what they’ll actually experience is something more straightforward, and most importantly, from the heart.

Once again referring to the title, ‘Grown-Up,’ in the song’s context, pertains to newly-realized selflessness. Rather than wishing for material gifts for oneself, it is that others be free from heartache, and at the same time, be surrounded and healed by genuine love from family and friends. The instrumentation is also a highlight, as it takes on a distinctive neo-retro feel that blends nicely alongside Randi Fay’s soaring vocal tonality. Even with its Christmas-based thematic leanings, this song stands out on its own as a call for togetherness during any crucial time.

I come from a family who is passionate about all things music. I learned to sing at an early age, and by 13, had my very own Fender Strat guitar. I tried my hardest at learning all that I could. Because I was born with cerebral palsy, I had to teach myself an adaptive playing style. I learned to write and record my own music, despite these difficulties. In college, I started making great use of my writing abilities by reviewing music, as well as copy editing. I guess it's best to stick with what you know, while welcoming a fair challenge at the same time.
Previous MTS Artists Receive 28 IMEA Award Nominations And 3 Early Honors Awards
Next Exclusive Interview With Dennijo Sitze Of Flat River Band