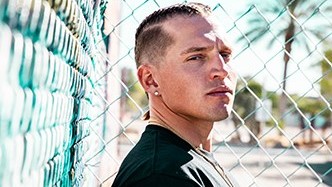 Single Review: BILL – “From the Soul”

Born in Humbolt County and bred in Southern California, multigenre Native American artist BILL has crafted a sound all his own. He has assumed several monikers over the course of his career, including Wild BILL, Young BILL, and Chief BILL, all of which encompass a respective hybrid of R&B, trap, and EDM. Now based in Las Vegas, Nevada, BILL works assiduously to carry on his mission – to provide an effective source of positivity, poignancy, and inspiration to his growing audience.

Following his 2018 debut single, “Honest,” which was supplemented by the guest spot of singer Christina Reyes, BILL has successfully soldiered on with a second act, in the form of current single “From the Soul.” Although sounding more streamlined beat-wise as compared to his previous single, the song still aptly enforces his competence as a singular entity this time around. As both a singer and rapper, his voice manages to find footing within the synths and percussion, and its thematic intention showcases genuine growth. Whereas the first single centers on a plea for the other he holds dear to open up emotionally, this song focuses on him striving to refine his own ways, while acknowledging his past mistakes. This approach is a decent direction for BILL, and I look forward to more extended material as his thematic leanings continue to mature.

I come from a family who is passionate about all things music. I learned to sing at an early age, and by 13, had my very own Fender Strat guitar. I tried my hardest at learning all that I could. Because I was born with cerebral palsy, I had to teach myself an adaptive playing style. I learned to write and record my own music, despite these difficulties. In college, I started making great use of my writing abilities by reviewing music, as well as copy editing. I guess it's best to stick with what you know, while welcoming a fair challenge at the same time.
Previous Electro-Industrial Act DEAD AGENT Unleashes Their SGT_SLTR_MLN EP
Next MTS Artists Receive 28 IMEA Award Nominations And 3 Early Honors Awards 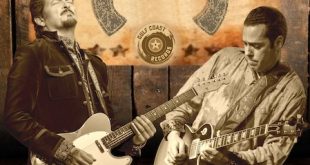