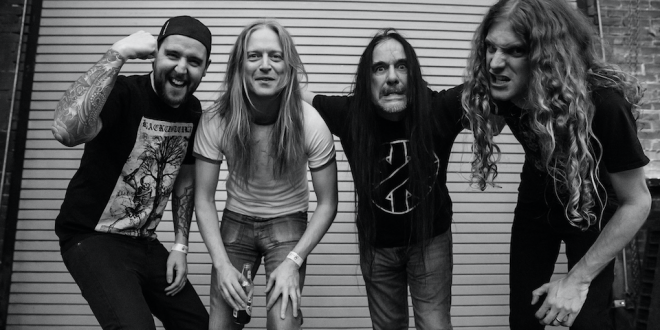 English death/grind legends Carcass recently headlined the closing night of Decibel Magazine’s “Metal & Beer Fest: Los Angeles” on December 14th. In preparation to the show, the band had released a new single called “Under The Scalpel Blade” on streaming services Friday the 13th. The track is the band’s first new song in 6 years and was originally released as part of Decibel’s “Flexi Series”accompanied with the magazine’s January issue. “Under The Scalpel Blade” was recorded during sessions for their upcoming 7th studio album that’s due out in 2020. You can purchase the issue with flexi here.

“It’s always difficult trying to decide what new song to expose people to, especially given an absence of nearly seven years???? With that in mind here’s a slow throw away number we cobbled together, and NO the title was NOT plagiarized from the DISORDER album of the same title before you ask!” – Jeff Walker

STREAM “UNDER THE SCALPEL BLADE”:
https://nuclearblast.com/carcass-scalpel 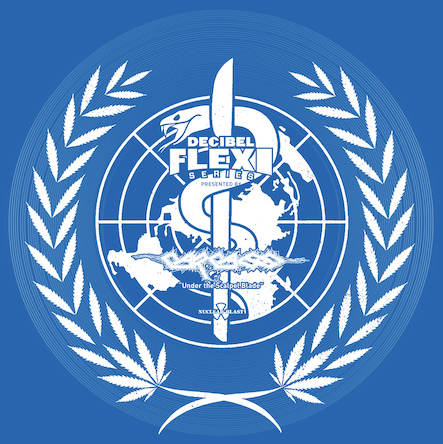 Carcass will be performing at Evil Beat Vol. 2 at South Side Music Hall in Dallas, Texas on January 11th alongside Powertrip, Vio-Lence, Razor, Deafheaven, Torche and more. Tickets are available here.

Carcass’ new single “Under The Scalpel Blade,” is a taste of what’s to come from the band’s long-awaited 7th full-length album. It follows the release of several classic albums over the years, including Decibel Magazine “Hall of Fame” inductees Heartwork and Necroticism – Descanting the Insalubrious, and their influence has changed the face of extreme metal with every consecutive release. Whether it was inventing gore-grind (i.e. Reek of Putrefaction, Symphonies of Sickness) or creating the template for melodic death metal (i.e. Heartwork), Carcass has always made records by which bars were set and rules were broken. Upon the band’s dismantling in 1996, fans mourned the loss of the seminal act and longed that the group would return again one day. In 2007, the metal world got its wish as Carcass reformed to play several  sold-out reunion shows around the globe. Once again re-motivated to administer a shot of cynicism and infectious riffs into the arm of a sickly metal scene, founding members Bill Steer and Jeff Walker recorded the next chapter of their influential career, 2013’s Surgical Steel. Following the critically acclaimed release, the band toured the world extensively, including recent performances with Slayer on their final world tour. Now the band that broke barriers 25 years ago has returned to the studio to tear them all down again with their 7th record, which will undoubtedly be one of next year’s most anticipated heavy metal albums.

NewYork Based Photographer. Music Enthusiast with a background in Graphic Design. Whether I'm shooting a live event or just out wondering the streets its about capturing the moment.
Previous Suicide Silence Release Music Video For The New Single “Feel Alive”
Next Electro/Industrial Artist CELLMOD Announces The Release Of THE DISSIDENT