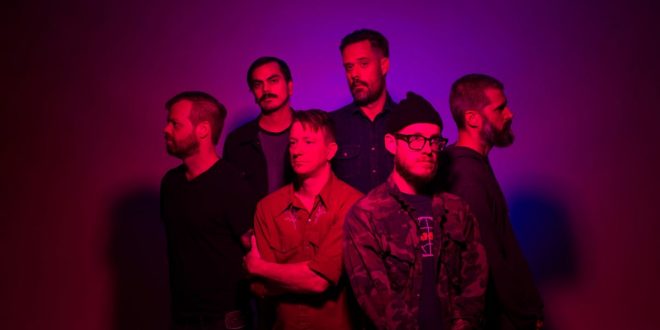 Caspian, who recently played a pair of sold out shows at the historic Cabot Theatre in the band’s hometown of Beverly, Mass., share a clip of their first live performance of “Flowers of Light”:

The footage arrives as the band has added a new leg to their North American tour, with the first of the band’s Summer 2020 plans revealed:

Tickets for the above dates are on-sale this Friday at 10 am local time. A premium package, including a ticket, exclusive patch and signed poster is available Wednesday at 9 am eastern via Caspian.band.

On Circles, the band’s fifth album and first release in over four years, arrives on Jan. 24 via Triple Crown Records. Album pre-orders, which include a highly limited 180 gram black vinyl variation as well as a green/blue vinyl offering, are available now via the Triple Crown Records’ webstore.

The eight-song album was recorded at Studio 4 in Conshohocken, Pa. by producer Will Yip (Code Orange, Defeater, Quicksand, Turnstile), On Circles marks the most organic writing and recording sessions in Caspian’s 15-year history. Together for four weeklong songwriting sessions, the band opted for music gleaming with visceral impact instead of over-thought tangles, over-arching concepts and drawn-out crescendos.