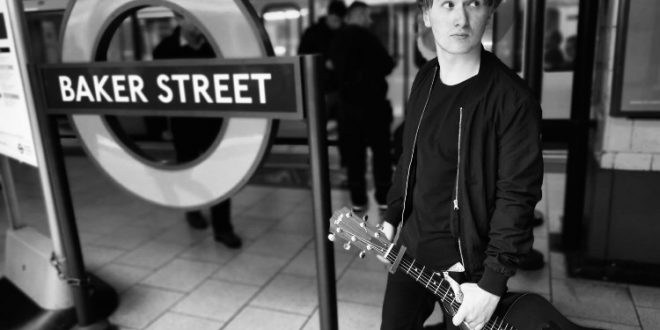 Listen to the debut single from The Bob Baker Sound

2
SHARES
FacebookTwitter
Anything else wasn’t an option. From the age of 4, Bob Baker was always going to be a musician.
Born in Preston and relocated to Jersey in 2005, at the tender age of 10 he made his first festival appearance at Jersey Live Festival alongside The Streets, Madness, and Ed Sheeran.
Having moved to London at 17 to attend BIMM Music Institute, an introduction to producer Matt Jones (Ultrasound, Jamie XX, Beady Eye, Minuteman) was key in the realisation of the Bob Baker Sound.  Inspired by his early years listening to artist like Johnny Cash, Elton John and Don Mclean, Bob wanted the Bob Baker Sound to be about the sound as well as the song.  For the music to sound like it could have been recorded at Sun Studios in Memphis, or RCA in Nashville.
And so now comes his first single ‘The Way It Is’.  Bob explains, “it’s a song about sudden rejection. One minute everything’s going smoothly the next minute the rug gets pulled from under your feet and you’re forced to change plans and direction very quickly. When something like that happens you’re given no choice but to accept it, crack on with things and do what you’re good at. That’s just the way it is”.

Tags the bob baker sound the way it is