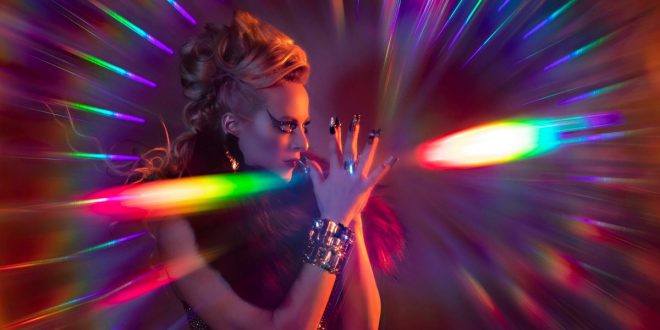 Daniella White carries with her an eclectic style equally emphatic of music and fashion sense. Her passion was initially catalyzed during childhood, as she promptly based her artistic identity on regular helpings of rock, electronica, and blues. In 2008, White’s move from Seattle to Los Angeles would prove essential in furthering the range of her visual aesthetic just as well as her career pursuit. She has since performed under the name YellaCatt, sporting a genre scope she describes as featuring “[s]exy galactic electronic sounds with big booty bass.”

In late November, YellaCatt released her latest single, “Super Power Pussy,” a cosmically eccentric, yet personable showcase of female empowerment. The visuals from its video are a vibrant, popping accompaniment to the musical aspect, which YellaCat seems to have nailed according to her aforementioned description. It encapsulates an air of sexual confidence, but at the same time, opts for a more refreshing, cheeky approach, rather than the often tried (and not to mention tiredly executed) cutthroat preach. The synths are catchy, White’s vocals are sensual and harmoniously flowing, and the entire presentation is ultimately executed well.

I come from a family who is passionate about all things music. I learned to sing at an early age, and by 13, had my very own Fender Strat guitar. I tried my hardest at learning all that I could. Because I was born with cerebral palsy, I had to teach myself an adaptive playing style. I learned to write and record my own music, despite these difficulties. In college, I started making great use of my writing abilities by reviewing music, as well as copy editing. I guess it's best to stick with what you know, while welcoming a fair challenge at the same time.
Previous Despised Icon Release Guitar/Bass Playthrough For “Dead Weight” and Announce ‘Purgatory’ Tab Book
Next Blood Eagle Release Video Visualizer For “Worship The Wolf”