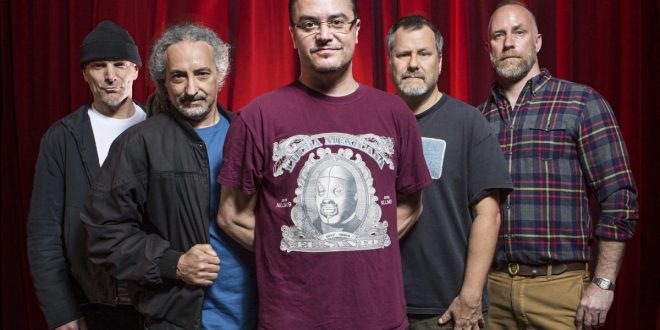 Tickets for the newly announced shows are available this Friday, Dec. 6, at 10 am local time.

Upon news of the impending tour plans, the band offered: “Five years, four colonoscopies, two root canals and a handful of prostate exams tell us that it’s time to carpe diem our asses back to Europe asap.”

Faith No More last played in Europe in June of 2015, following the May release of Sol Invictus (Ipecac/Reclamation Recordings). The collection debuted atop the international sales charts: #2 in Australia, #4 in Germany, and #6 in both the U.S. and UK. Rolling Stone dubbed the 10-song album “triumphant, the New Yorker called it “a reminder of everything that made Faith No More great in the first place,” and the Los Angeles Times said, “Faith No More has a history of defying expectations, and that’s what it’s doing again with Sol Invictus.”