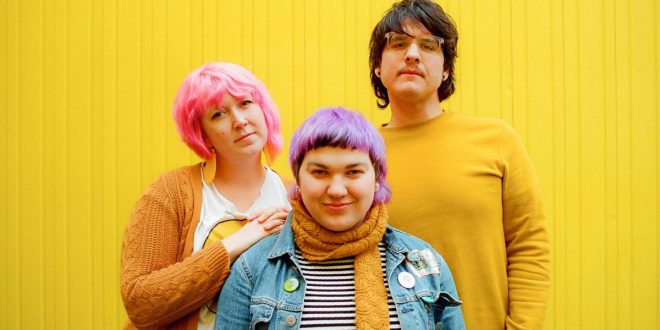 When you think of music in the emo genre there are usually a few regional locations that come to mind. Midwest US – bands like American Football, The Promise Ring, Mineral. More recently New Jersey with The Front Bottoms, Early November, etc. How about Anchorage, Alaska? – in fact can you name any bands from Anchorage at all? Well, meet indie emo group Termination Dust, your new favorite band from the last frontier. Today the group announced their newest album, Growing Down, out January 24 on Glacial Pace Recordings.

The album’s first single, “It’s Not a Place” accompanied the announcement, along with the official music video that premiered over at The Grey Estates. Watch it now.

Today, Termination Dust is more of a long-distance band, with two of it’s members (Matt and Steffi) now living in Minnesota while Jaybird (one of the groups two vocalists) remains in Alaska. Surprisingly, this entire album was written that way; back and forth over emails and Facebook group calls.

Later this week, Termination Dust will support Modest Mouse on dates along the west coast. This marks the second time Jaybird and Steffi have toured alongside their labelmates.