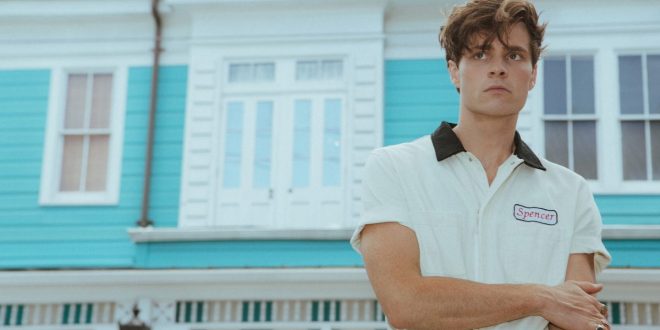 Soulful pop singer-songwriter, Spencer Sutherland, has released his new song, “Grateful,” today in anticipation of his sophomore EP, expected next year on BMG. The track is an instant earworm and arrives just in time for the Thanksgiving holiday.

“‘Grateful’ is about celebrating the fact that not being perfect is perfectly okay. I want people to have fun and feel good while listening to this song,” Spencer explains.

Spencer spent almost all of 2019 in the studio working on new music and touring tirelessly nationwide. His debut effort, NONE of this has been about you, a candid and diverse collection of songs highlighting his impressive vocal range, dropped in March, followed by a massive run of shows supporting Jack & Jack on the “Good Friends Are Nice Tour.” Shortly thereafter, Spencer launched “The Freaking Out Tour” over the summer, marking his first major headline run across North America and resulting in multiple sold out venues. To close out a successful year, Spencer will be playing a series of iHeartRadio Jingle Ball holiday shows throughout the East Coast and midwestern U.S., sharing the stage with the likes of Lauv, Louis Tomlinson, MAX, Lennon Stella, Why Don’t We, Quinn XCII, and more. A complete touring itinerary is included below, and fans can grab tickets HERE.