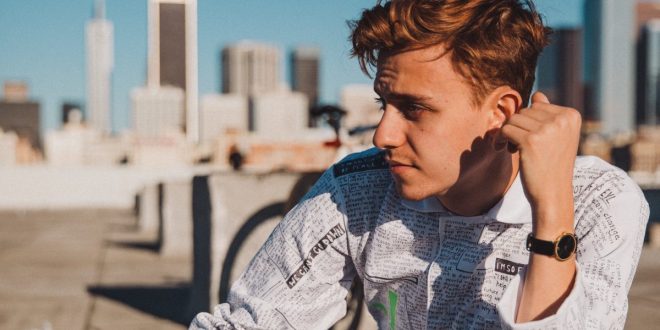 Canadian recording artist Scott Helman tackles climate change in his passionate new song “Evergreen,” out now on Warner Records. Inspired by the climate strikes taking place around the world, Scott called upon his fans to share their own thoughts on the issue, which were incorporated into the accompanying video.

The fan submissions were also integrated into “The Evergreen Manuscript,” a document that will be presented to elected officials across U.S. and Canadian governments, as well as corporations responsible for greenhouse gas emissions. “I want our leaders to understand the collective anxiety of the people,” says Scott, “to feel what we feel, and to act with the same urgency.” Last week in Toronto, Scott also painted a mural with the help of fans, illustrating a selection of the intimate testimonies contained in manuscript.