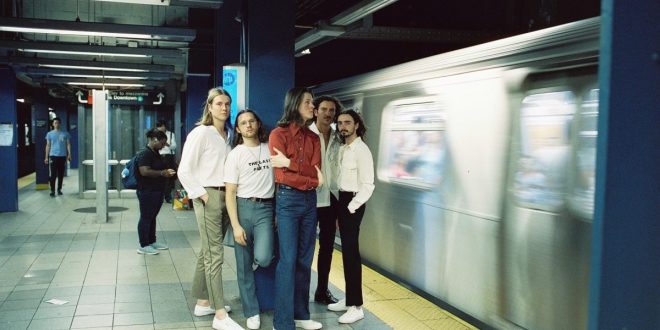 Blossoms return today with the self-directed video for their latest single, “The Keeper,” which debuted last week as Annie Mac’s Hottest Record in The World on BBC Radio 1. The video, which serves as a love letter with New York City as the backdrop, was shot on location in the Big Apple on Super 8film, giving it a hazy, nostalgic feel as the band takes in some of the city’s most iconic sights and sounds, including the Washington Square Arch,the Brooklyn Bridge, Statue of Liberty and more.

About the video the band offers, “Shot and directed by ourselves, The Keeper is fundamentally a celebration of love in a very traditional and sincere sense, and we felt like New York City shot on Super 8 was the perfect place to visually interpret that. From Bleecker Street to a big pizza pie, we heart NY.”

Previous Gallery: Spendtime Palace, The Brazen Youth at Constellation in Santa Ana, CA (11.22.19)
Next Live Review + Gallery: Atreyu, Whitechapel, He Is Legend at The Majestic Ventura Theater in Ventura,CA (11.20.19))