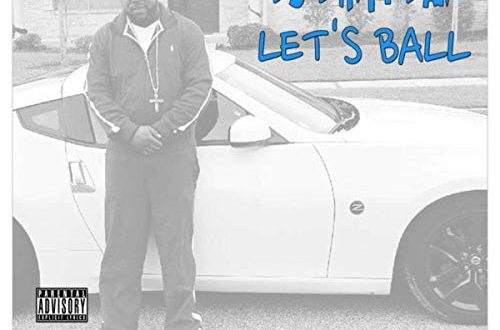 DJ Dirty Dan is an entertainment giant that has made a name for himself in the industry as an experienced entertainment mogul with over 20 years in the business. The Multi-Media/Radio personality recently dropped the video to one of his newest work titled “Lets Ball,” which has already started to amass popularity worldwide, reaching over 10,000 views in a relatively short while. In a similar vein, the multi-talented entertainer is set to drop the visual for “Living The Life” at the end of November. The song as well as other works from DJ Dirty Dan is currently available on digital distribution channels and is doing remarkably well.

Born Kalenski Adams in Mobile, Alabama, DJ Dirty Dan as he is popularly known, has been in the business of providing quality entertaining content for more than two decades. The multi-faceted entertainer started out as a promoter for independent record labels by doing marketing for artists and events.

As the founder of Bust Back Records in 1999, DJ Dirty Dan has scouted talents, managed groups, and created campaigns for artists. He has also created several events in the community for the youth and performing artists in the Gulf Coast area such as Alabama Hip Hop Week & MOB Music Fest. DJ Dirty Dan’s breakthrough on radio came in 2001, featuring at a gospel radio station WLVV in Spanish Fort, AL as a weekend on-air personality. Seeking to build a career in entertainment and radio, DJ Dirty Dan joined Cumulus Broadcasting in 2003, working as an intern on the street team and the promotion department. He moved on to join the official Gulf Coast wake up morning show on The Big Station 93BLX by Arthur “Ray Ray” Russell in 2004, doing promotion, production, and street visibility.

DJ Dirty Dan is looking to end the year on a high and take it into 2020 and he is currently hosting the QC Djs Tour with Mr. Too Official as they take the greatness of music to every city. In addition, he is still hosting venues, developing artists, speaking on expert panels and working diligently to push his brand to new heights. DJ Dirty Dan is a seasoned industry Executive making an impact not only in the Entertainment business but also in every community he serves.

Stephen Vicino is the founder of MusicExistence.com. He created this site to give talented musicians a voice and a way to be discovered.
@@svicino
Previous The Music Industry in Modern Times
Next Chris Jericho & The Christmas Helves Release “Father Christmas” Special Charity Single For The Holiday Season