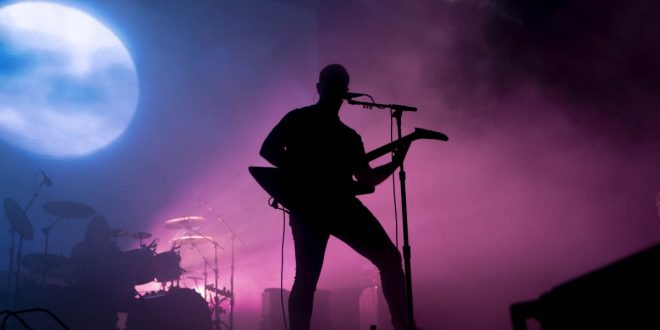 Dethklok are back after a 5 year absence and we couldn’t be happier. Last Friday, November 15th, at the Adult Swim Festival in Los Angeles at the Banc Of California Stadium we were graced with the presence of Brendon Small and his band Dethklok. Joining Brendon in the band are Nili Brosh on guitar, Pete Griffin on bass, and Gene Hoglan on drums, and they couldn’t sound any better. 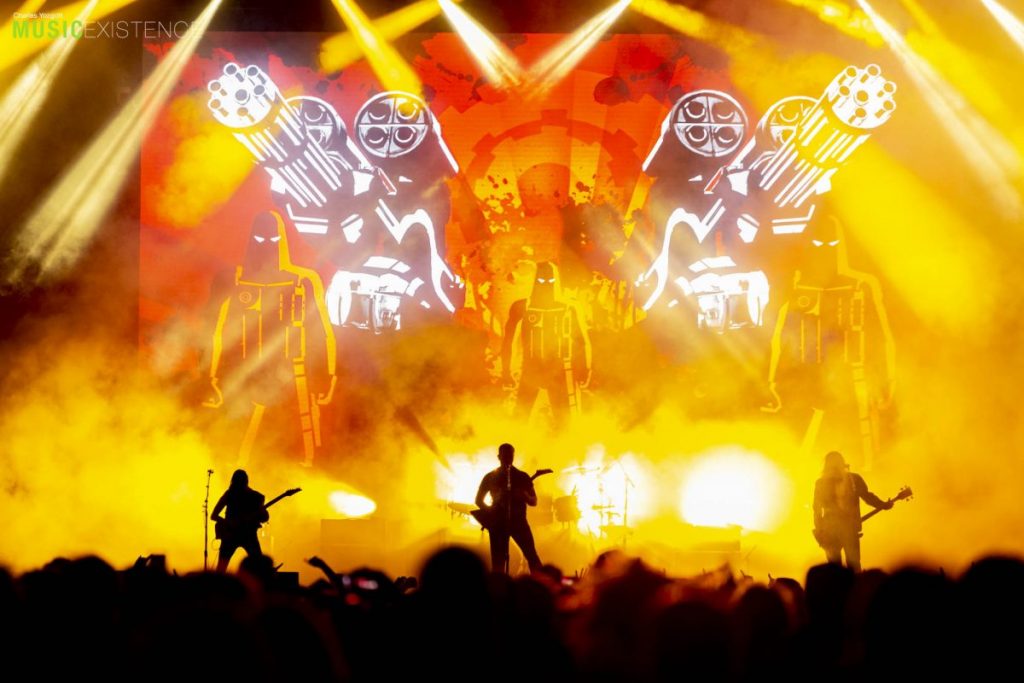 Chants of “Dethklok Dethklok Dethklok” were heard from the audience throughout the day. People were excited and the energy was escalating before they took the stage. Opening their set with the famous Deththeme from one of the greatest cartoons in history, Metalocalypse, the crowd quickly began to sing every word and head-bang with passion. Playing a 19 song set, 3 of those being the encore, they included songs from every album they’ve released and even premiered a couple songs that were never heard anywhere else: Impeach God and Comet Song. 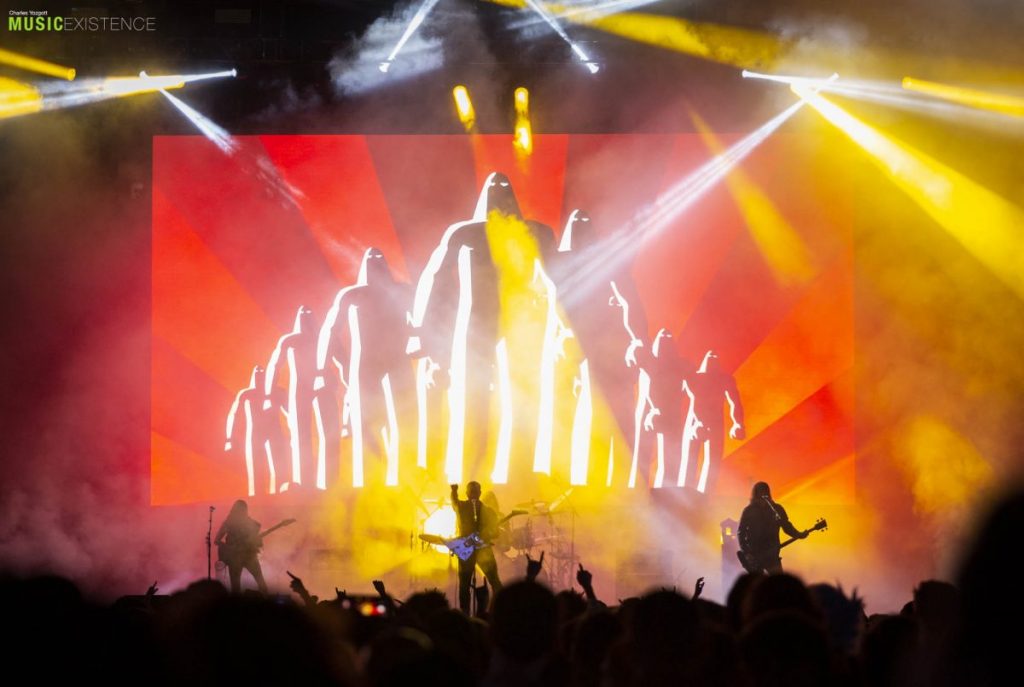 Dethklok was the headliner on the first of two nights at the Adult Swim Festival in Los Angeles. The diverse lineup for this festival was a mixture of metal, hip hop, and ambient music. Opening the night for Dethklok on the main stages were: Leikeli47, Captain Murphy, Tim Hecker & The Konoyo Ensemble, HEALTH, Inter Arma, Iron Reagan, and Speedy Ortiz. If all those bands weren’t enough, there was experiences that were unique to this festival such as the Morty Slide, the Meatwad Dome, and the Cat Joust.  Hopefully this won’t be the last we hear of Dethklok…

Previous Live Review + Gallery: Tool, Killing Joke at Barclays Center in Brooklyn, NY (11.19.19)
Next Gary Burk III’s “You Got Me” Adds Something Different To Country