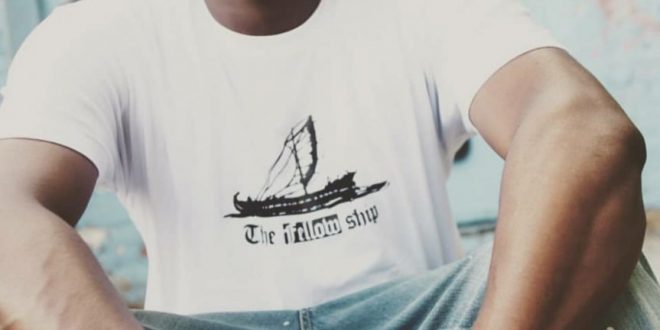 Talented American rapper, songwriter, Ryan B, comes off the promo of his two hit singles to drop the “Nino 2 Project” in collaboration with DJ MLK and DJ FILTHY RICH

Born Ryan Antwan Ballard, Ryan B is an American rapper, songwriter, producer, and engineer from Phoebe, Mississippi that is looking to cause a major disruption in the music industry. Ryan B is coming off of a great year and promo run with the two singles “All I See Is Money” and “U Mad.” He is dropping a new project on November 14th called the “Nino 2 Project” with KLASSIK (FLEET), DJ MLK, and DJ FILTHY RICH (COALITION).

The rapper is set to end the year on a high, while kicking off 2020 great, building on his recent successes. One of his recently released singles titled “All I See Is Money,” has garnered more than 10,000 views on YouTube within a short while, reiterating his versatility, ingenuity, and creativity. Ryan B has been tagged responsible for putting Phoebe, Mississippi on his back, linking up with producer G Money for “All I See Is Money”. The single got the streets bouncing as Ryan B puts hard lyrics on a hard beat.

“U Mad” is another major hit from Ryan B, chronicling the dream of every artist to have everything they wanted in life – the bag, the drip, the perfect car, while some haters wait to see the success vanish. “U MAD” does justice to this inexplicable feeling, with the single hitting the clubs, the streets and the whips hard. Listeners can literally feel the G’s doing their dance and claiming their sets all over this song as Ryan spits hard all over the amazing beat using two different styles to show his versatility.

Ryan B has been able to carve a niche for himself for delivering fresh, thought-provoking yet entertaining lyrics and is set to be a major a contender in the music business.

“U Mad,” “All I See Is Money,” and other projects from Ryan B are currently available on all streaming platforms.

Ryan B, otherwise known as “Its Beezy Baby,” is an American rapper, songwriter, producer and engineer from Phoebe, Mississippi. He discovered his passion for music at the age of 12, and moved to Atlanta at 19 to pursue his musical destiny.

Ryan was signed to indie label, Jazz44, which he experienced medium success before branching of to start his on label, HD Entertainment. The label just like Jazz44 had medium success but did have 1 hit song flourish titled “Im Outta Here,” featuring label mate, Grip. In 2016, Ryan, standing alone with his management team and production team (DUMBKIDZ) beside him, began a new journey with the hit song “My Niggas”. The song did well with guest appearances by Kcamp and SyAri Da Kid, and Powered by the Fleet Djs.

Stephen Vicino is the founder of MusicExistence.com. He created this site to give talented musicians a voice and a way to be discovered.
@@svicino
Previous The Normal Living Release New Pop Rock Single “How It All Went Down”
Next Gallery: Angel Olsen at The Sylvee in Madison, WI (11.13.19)