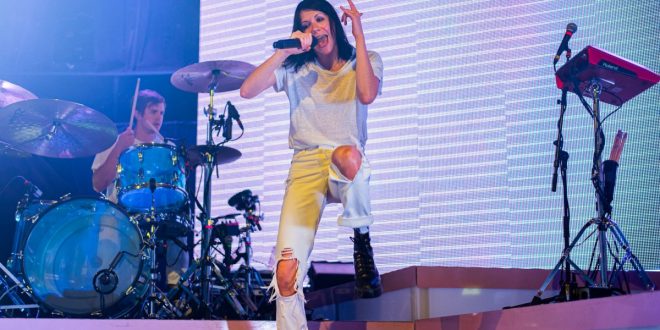 Big budget, MTV ready music videos are out, and homemade iPhone music videos are in – at least that’s the way K. Flay sees it. The energetic singer earlier this week released a vertical music video filmed and edited on her phone for the song “This Baby Don’t Cry.” The idea came to her after a recent injury while on tour. Describing the video K. Flay offers, “I made this video on my iPhone after I broke my nose on tour in Paris. I figured I’d get creative instead of depressed. All the footage was filmed in green rooms and venues and hotels on tour across Copenhagen, Stockholm, Hamburg, and Leipzig.” K. Flay will be playing through the pain and picking up where she left off in the US next weekend when her tour resumes. But for now you can check out her video below.