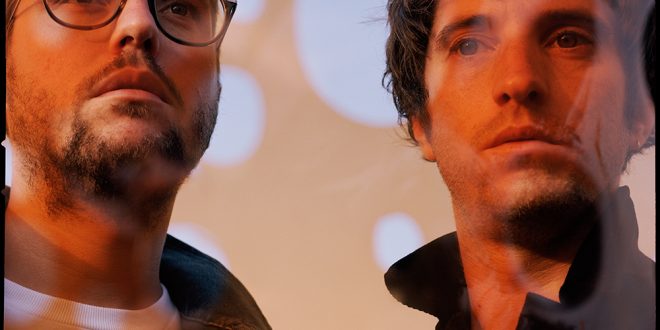 The Arthur Brothers; an artistic alliance centered around the biological brothers Matt and Danny Arthur and the producer/songwriter and multi-instrumentalist J. C. Wright.

With an eclectic trio of releases over the last year – ‘Ninth’, ‘Flawless’ and ‘Violet Hum’ – The Arthur Brothers have demonstrated that there are no boundaries in terms of what to expect from their musical creations. Throw in two award winning animated videos, and it’s clear to see that The Arthur Brothers are showing a unique ingenuity and imaginative ambition that doesn’t come around often.

On the fourth release, ‘Lovesunk’, from their upcoming debut album, you’ll find more sonic genre-spanning explorations and stylistic developments to The Arthur Brothers sound. ‘Lovesunk’ is a beautiful slice of cosmic symphonic pop – a wistful journey into a dense and mystical electronic wonderland reminiscent of MGMT, Flaming Lips, Kate Bush, with shades of Phoenix, Empire of the Sun as well as the ‘The Big Music’ sound of Mike Scott and The Waterboys circa mid 80’s.

“I think it might be the most unique track on the record” Says Matt Arthur – co-writer and Arthur Brother.

“At that time we were recording in this studio that was still under construction in a battered old warehouse in Northeast London. There was this mad back room stuffed with old musical equipment just left lying about. There were about 20 or so vintage synths and weird keys there, and we were using all of the mad sounds we could find, building up the track around what started out as a Rhodes piano pedaling riff – that was a lot of fun!”

Producer and co-writer J. C. Wright remembers “when Matt and I were writing the melody and lyrics we were specifically writing about unrequited love from the perspective of a subterranean creature whose lover keeps flying away leaving him trapped, earthbound and alone – and then Matt said he kept visualizing a little mole when he was singing it – so our creature became known as ‘Little Moley’ ever since. I loved that he became almost real through the recording process. It’s a sad, yearning song that somehow manages to ultimately sound uplifting and hopeful.”

And now the sad subterranean Moley lives on as the star of the brilliant new animated video made by Loribo (Natalia Beltyukova) – a gifted artist who also happens to be the mother of Tribambuka (Anastasia Beltyukova) (the talented director of the multi award-winning animated video for ‘Violet Hum’). Prior to it’s release the ‘Lovesunk’ video has already been made official selection in a number of international film festivals including the prestigious animation festival CINANIMA in Portugal. The Arthur Brothers new single ‘Lovesunk’ is available November 8th via ClearLight Records/Declared Goods. 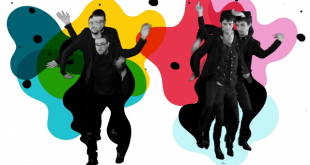 A mesmerising video from The Arthur Brothers