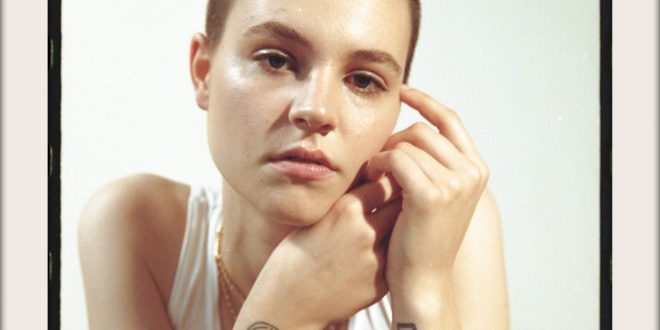 Some people refer to alternative rock as the last great revolution in the rock genre but we are far away from its birth in the late 80’s-early 90’s. Despite being two decades plus on from those halcyon days, young musicians of every ilk are still picking up guitars and turning to the form as an avenue for expressing their emotions and world-view with no end in sight. Damn the naysayers who are busy scribbling obituaries for rock music in all its forms. Soren Bryce’s Tummyache project and the EP release Humpday proves that as long as electricity remains and there are guitars available and strings for those instruments, passionate young artists will turn towards three chords (or less) and the truth to make their voices heard and leave a scratch on the wall of oblivion.

“Machine” makes its initial impression on listeners as a mid-tempo duet between Bryce’s voice and distorted guitar. The full band comes into the track, however, about a minute into the tune and the dry snap of the drumming sets an immediate tone as the pace picks up. Her songwriting illustrates many lessons she gleans from Seattle sound merchants and otherwise, but this track and later cuts possess a strong sense of individuality despite the clear frame of reference. The second half of the track, especially its last quarter, has nearly overwhelming density. The title song dispenses with the guitar pyrotechnics we hear in the first track, for the most part, and the increased dynamic range makes for an interesting shift in gears. The vocals are, likewise, presented in a different fashion than the opener – there is a stronger focus on post-production effects in the song, though their presence is far from constant.

The third number on Humpday, “Commonplace”, is one of its most enigmatic. The lyrical nuance she brings to each of the EP’s five tracks sets the release, as a whole, apart from a plethora of similar studio endeavors in this vein, both full length and short form, but her writing for Humpday reaches one of its peaks with this track. The drumming bears mentioning as well – it is fantastic and you can easily hear this being a standout live song with minimal adjustments. “Median” is the second to last song on the EP and returns listeners to the semi-familiar ground of “Machine”. It lacks some of the earlier song’s “everything is about to run off the rails” vibe, however, while still managing to elicit yet another uber convincing vocal from Bryce.

“In Between” has near orchestral tendencies in the context of this release. It builds to cinematic emotional crescendos earlier songs hint at but never lunge for in such an outright manner. Bryce does a five star job of putting an emphatic exclamation point on the EP with this track and her talents for creating a dynamic sound painting rise to the surface for a final time. Tummyache is a project with enormous potential for Soren Bryce and has reams of personal meaning we can only surmise, but I hope she ventures into this territory again and soon.