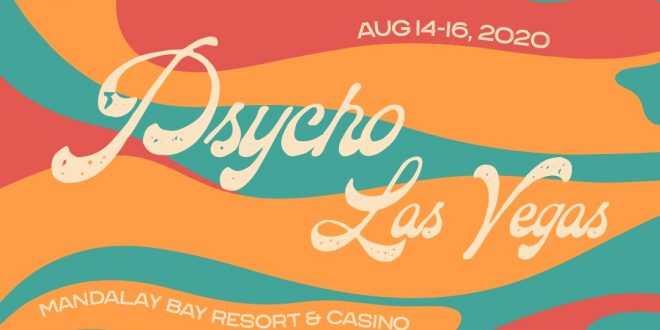 Now approaching its fifth year in the swirling neon decadence of Las Vegas, the resort-wide takeover will utilize four stages including the world-class Mandalay Bay Events Center, the iconic House Of Blues, Mandalay Bay Beach, and Rhythm & Riffs Lounge located at the center of the casino floor. With its signature mix of grit, grime, and grandeur, Psycho Las Vegas 2020 will continue to redefine America’s conception of what a music festival can be.

Tickets for Psycho Las Vegas as well as the Psycho Swim pre-party, which requires a separate ticket from the main festival pass, are on sale now!

Tickets for all Psycho Las Vegas events can be purchased at VivaPsycho.com or AXS.com.

Meticulously curated, Psycho Las Vegas has gained worldwide recognition for consistently delivering lineups that grow increasingly diverse and eclectic with each passing year, the magnitude of which have yet to be seen in North America. From post-rock, to black metal, to world music and even electronica, Psycho’s wide-ranging allure has expanded ceaselessly since its inception, bringing together musicians and artists from seemingly immiscible corners of the musical world.