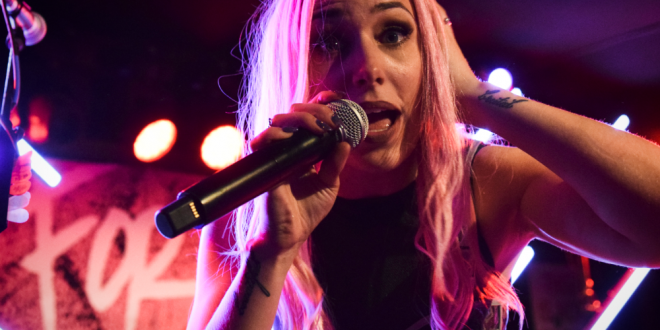 Icon For Hire is currently on the Icon Army Tour spreading all its glory throughout North America. On October 28th, the band had a stop in NYC’s Mercury Lounge where they played an amazing set that brought down the house. As a newcomer to the movement that is Icon for Hire, I had no idea what to expect and I was in for a surprise. Frontwoman Ariel Bloomer with her unmistakable pink locks, and guitarist Shawn Jump are a rowdy pair that get in your face and make you feel the music. Even during their acoustic performance of Too Loud, the two of them hold a trance-like effect on their audience.

The band’s fandom, Icon Army, was a strong presence that night and the energy exchanged between the fans and the band was palpable. In the middle of any given song, you could glance around the venue and watch the crowd singing the words right along with Bloomer and Jump. Throughout the performance, Bloomer would deliver messages of perseverance, acceptance, and empowerment, which are key themes in the band’s music, and you could see the attentive crowd absorbing the words.

Bloomer did not hold back on the personal aspects afflicting her while introducing some of the songs either, reminding everyone that we all have vulnerabilities and issues that challenge us everyday. One of the tracks that stood out to me was, Now You Know. It dives into the aspects of being a female performer in the music industry and all the ridiculousness that accompanies it. Bloomer states the facts and executes it perfectly. Another standout moment was when Bloomer invited several audience members up to join her on stage. Moments like that are what make concert-going an unforgettable experience for fans.

Icon For Hire is a band to watch. They sing about the serious issues that make us all human and create a welcoming space for people at their shows. Not only are they entertaining to watch but they also sing about the topics that aren’t easy to digest. But they balance the seriousness of it all with fun and catchy tunes.

To learn more about Icon For Hire make sure to check them out at the links below.

Encore:
Off With Her Head
Get Well 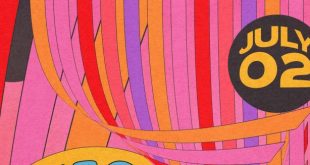