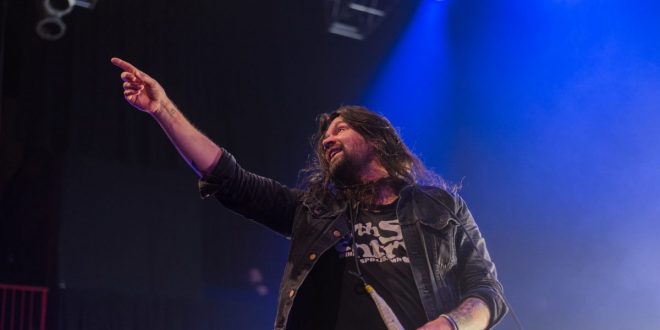 Editor’s note: Emo music is alive and well in Twenty Ninescene, and nowhere is that more evident than in the case of Taking Back Sunday. The Long Island-based group is celebrating 20 years as a band this year and is doing so with some special releases and tour dates. Their new compilation album, Twenty, features some of the groups’ most popular cuts along with two new original songs. This past weekend Taking Back Sunday were in Boston, MA, where they played two consecutive sold-out shows at House of Blues on Friday and Saturday. We were on hand to capture images of Saturday night’s show, check out the visuals below, along with a few from supporting acts Red City Radio and Destry.