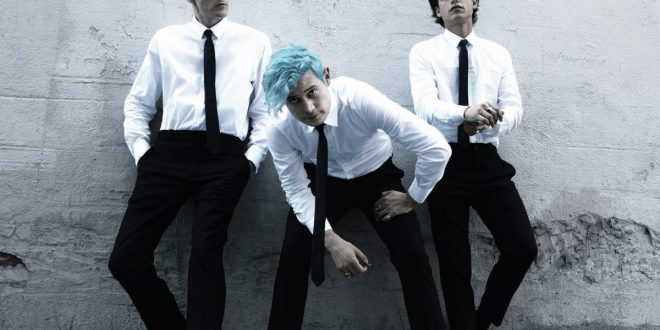 Today, cosmic indie three-piece DREAMERS release a new track “Desensitize” alongside a dystopian visual. The video for the grunge-psychedelic banger takes the group through late-night city streets and within an abandoned home. The augmented effects paired up with powerful lyrics lead fans into a thought-provoking realization of the aspects of life that they so commonly look over.

Lead singer, Nick Wold, explains the track stating, “The song is about all the crazy and horrible things in the world that we somehow get used to and even forget about. Lying thieving political leaders, rape war and violence, advertisers constantly selling to us, preying on our vanity and worst instincts. In this song, I’m not always singing as me, but as a corporate moneyed interest who wants nothing more than for you to acclimate, to not notice, to desensitize.” DREAMERS’ demand accountability from a society that regularly sugar coats the negatives in today’s world. The hard-hitting lyrics, which grapple with the political landscape, self-realization and more, are sung over a fiery guitar riff that emphasizes society’s need for us to “desensitize.”

DREAMERS’ most recent release, “Die Happy,” off of the second full-length album, LAUNCH FLY LAND, has been steadily climbing the charts and was a top 10 hit on the Alternative Radio Charts. The track recently received a fresh take with a remix by The Wombats. The alternative-rock trio is currently on a headlining tour hitting major cities such as New York, Toronto, Chicago, St. Louis, and Los Angeles. Click HERE for the remaining dates and venues.