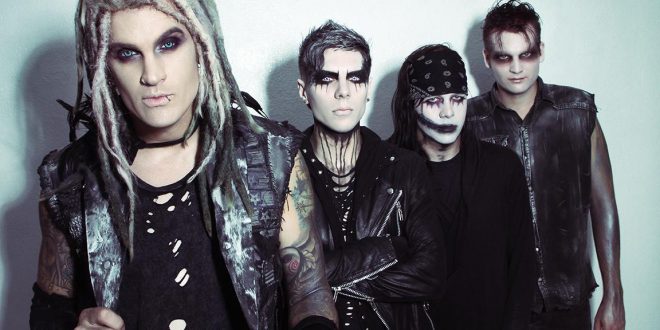 6
SHARES
FacebookTwitter
DAVEY SUICIDE will treat audiences across the West Coast to the first glimpse of new material from their upcoming album ROCK AIN’T DEAD-out January 24, 2020 via Out Of Line Music/InGrooves-as they join industrial acts Static-X and Wednesday 13 on a jaunt across the West Coast this winter. Kicking off Tuesday, December 10 in Salt Lake City,UT, the tour marks the 20th anniversary of Static-X‘s debut album ‘Wisconsin Death Trip’ featuring the late Wayne Static and includes two sold-out shows in Portland, OR on December 13 and Seattle, WA on December 14. Dates are listed below.

“Static-X and Wednesday 13 brought us out on our first two tours in 2012,” shares
DAVEY SUICIDE. “Now, here we are seven years later, paying homage to the life of Wayne Static for eight amazing nights.  We’re thrilled to be a part of this tour and can’t wait to debut new songs off our upcoming album.”

NewYork Based Photographer. Music Enthusiast with a background in Graphic Design. Whether I'm shooting a live event or just out wondering the streets its about capturing the moment.
Previous Killswitch Engage Announce Spring 2020 North American Tour
Next Summoning To Re-Release Limited Vinyl Editions Of ‘Nightshade Forests’ And ‘Lost Tales’