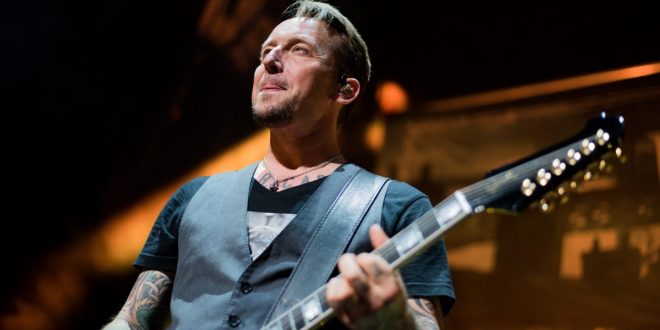 Said Neil Fallon about taping the video “A couple of months ago I flew up to Boston to meet up with Volbeat to film the video for their new single, Die to Live. It was a breeze to make, maybe four hours. It’s a catchy straight-ahead rocker of a song, and I am flattered to have been asked to participate.” Michael Poulsen, lead singer of Volbeat, added: “We were thrilled to be able to get Neil, Raynier, and Doug together with us in the same room to shoot this video, and we’re proud of how it came out. We hope you have as much fun watching it as we did making it!”