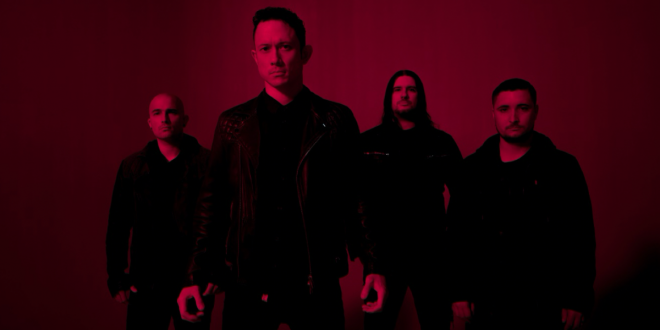 Trivium have teamed with the legendary Portuguese artist Toy to release a reimagined version of his song “Coração Não Tem Idade (Vou Beijar)” — listen here. The single is available now on all streaming platforms, the recording finds Trivium and Toy joining forces to deliver a heavy take on the classic track sung entirely in Portuguese.

Trivium and Toy first connected after Trivium vocalist/guitarist Matt Heafy shared a cover of “Coração Não Tem Idade (Vou Beijar)” on his Twitch channel back in 2018. A year later, Toy joined Trivium on stage in Portugal at VOA Festival 2019 for a performance of Trivium‘s “Until The World Goes Cold.” A bond was cemented, and discussions of a collaboration began to build.

“The collaboration between Toy and Trivium has been nothing but unexpected and incredible — every step of the way,” says Heafy. “From its beginning, starting from a Twitch raid into my channel; into me doing a cover that would soon find itself on Portuguese national radio and national news; into a live duo that created madness not unlike a riot at a festival; then finally into a true, full band cover with a cameo by Toy himself.”

Heafy continues, “This cover, just like the original, makes you feel good. Whether you speak Portuguese or not, you’ll find yourself moving and singing along by the second chorus. We are proud to call Toy a friend, and we can’t wait to do this more and live together. We can’t wait to see what else we can create as a unit together.”

Trivium will finish out 2019 with a series of festival performances in Australia, which will include stops in Melbourne, Sydney, and Brisbane, as well as a headline performance in Canberra.

Tickets for all dates are on sale now. For more information visit www.trivium.org.

NewYork Based Photographer. Music Enthusiast with a background in Graphic Design. Whether I'm shooting a live event or just out wondering the streets its about capturing the moment.
Previous Slayer’s Tom Araya And Kerry King Talk About “Slayer: The Repentless Killogy” Film And Playing The L.A. Forum
Next Children Of Bodom Release Animated Video For “Hexed”