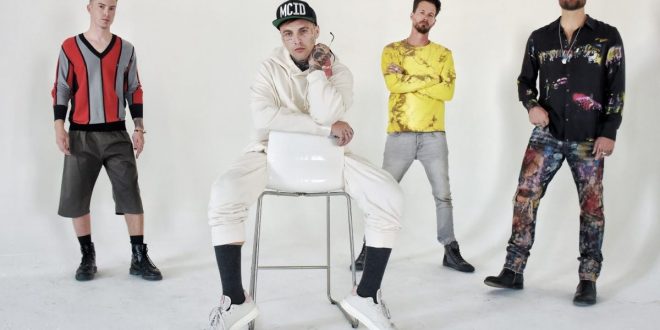 Gearing up for their upcoming album release, MCID, Highly Suspect drop their new single “Canals” via 300 Entertainment. In the midst of their US headline tour, alongside supporting act Slothrust, the group is anticipating their forthcoming album while connecting with fans in every city. Today, Highly Suspect also announced their 27 city North America Headline with a show at NYC’s Terminal 5 in May. Tickets go on sale 11/1 at 10am local time.

“Canals,” is the second single from the band’s highly anticipated Junior album, MCID. The song meshes classical rock with the soulful chants of a Swahili choir, and captures lead singer Johnny Stevens’ frustration with the Trump presidency, saying that his rage feels like “someone took a crack pipe, lit it with a torchlight, and threw it on a gas line- there is fire everywhere.” “Canals” sets the bar high for the remainder of the album and excites fans for the sounds that Highly Suspect has in store.

After dropping a genre-bending collaboration with Young Thug titled “Tokyo Ghoul,” the 3x Grammy Award-nominated rock band surely is turning rock music on its head. The rock band, who have topped the active rock charts multiple times, are also leading with a track with not a single guitar in it, ’16’- which is currently top 10 at active rock radio and is climbing the alternative charts. The integrated genre of MCID is not just the third full-length project from three guys who approach the rock genre with a hip hop ethos, but it’s a family meeting and an apology from singer Johnny Stevens whose lyrics demand accountability from himself and urge him to be more honest to conquer the demons that made him who he is. With stories of heartbreak and hope, it’s not surprising that his most vulnerable collection of songs is addressed directly to his chosen family, his followers, and his comrades. The transparency and emotion of the new music only showcases the intensity that MCID will have throughout.