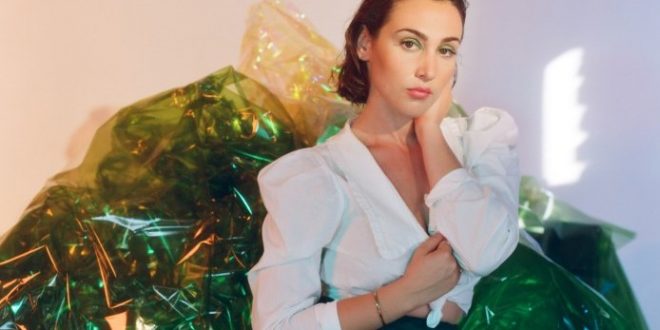 Solo artist and Grammy-nominated producer/songwriter HARLOE has released an acoustic version of her newest single, “Rivers Run Dry.” Taken from the original version, which is uplifted by late-night nineties R&B soundscapes and pensive pop sounds, the acoustic rework of “Rivers Run Dry” is stripped to the bare essentials, showcasing HARLOE’s poignant vocals and bringing her lyrics to the forefront. Substream Magazine premiered the track and said “her incredible vocals stand out even more here, a stunning mix of powerful technical ability and emotional intensity as she gets down to the heart of ‘Rivers Run Dry.’”

On the video, HARLOE shares, “I wanted to showcase ‘Rivers Run Dry’ in its most raw form, the way it was first written. Thrown in with some behind the scenes of a recent photoshoot, a lot of moss, and bird friends as an obvious choice.”

“Rivers Run Dry” is the title track off HARLOE’s forthcoming EP, Rivers Run Dry, out spring 2020. HARLOE will be the first release on Grammy-winning, multi-platinum record producer and songwriter Fred Ball’s newly announced joint venture, Ballroom Music, with Roc Nation. While “Rivers Run Dry” was written during a time when her relationship with her first real love began to crumble, the music video for the original version of the song was inspired by the moments that followed as HARLOE sat on a bench in the middle of Hyde Park observing the world moving around her and realizing it was time to let go.