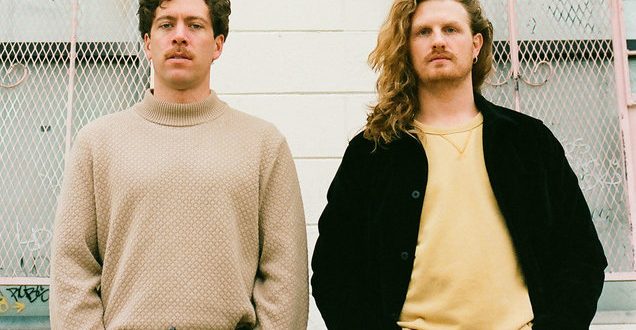 Platinum-selling duo FRENSHIP – James Sunderland and Brett Hite – have announced their forthcoming EP, Vacation Versions, out November 1st via Counter Records. The EP features re-imagined versions of four tracks from Vacation. Like its counterpart, Vacation Versions cohesively examines the nuances of relationships and the idea of happiness and home with the duo’s hot-cold relationship with Los Angeles serving as one of the inspirations. From the EP comes first single “Remind You (Vacation Version),” trading electro-pop synths and a bouncy melody for soft keys alongside hauntingly warm harmonies addressing the insecurities which can often affect someone on one side of a relationship.

Along with the news of the EP, FRENSHIP have announced their new documentary, FRENSHIP: The Road to Vacation, set for release on November 5th and directed by Matt Kleiner (Way Of The Ocean: Australia, Kerrzy). The documentary follows FRENSHIP’s journey from the moments they first met while working at Lululemon to the beginning stages of creating music together leading to their 2016 global hit “Capsize” with Emily Warren which has garnered nearly 520 million streams and multiple gold and platinum certifications around the world, an inside look at the process behind their debut full-length, Vacation (out now), and an extensive tour schedule as they opened for Bastille on their world tour before selling out their 2018 U.S. headliner.