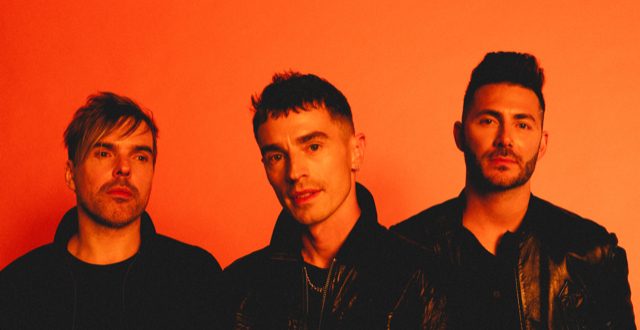 Danish alt rock trio New Politics have announced details for their fifth studio album, An Invitation to an Alternate Reality. The new LP is due out November 1st via Big Noise Records. The album’s lead single, “Ozone” accompanied the album announcement, and the lyric video for the song can be seen now.

“We’re excited about the release of this new album.  In all our darkness this album is a beacon of light.  Our new single Ozone is about escaping, it’s about meeting someone you can’t physically be with. This song is an invitation to an alternate reality we hope listeners can escape and make theirs.” Say the band regarding the new album and single.

New Politics will be touring in support of the new album as part of the 3 Dimensional Tour with Plain White T’s and The Mowgli’s. The tour kicks off November 12th in Chicago and will make 23 stops across North America before wrapping up December 20th in Sioux City, IA. See below for full routing.