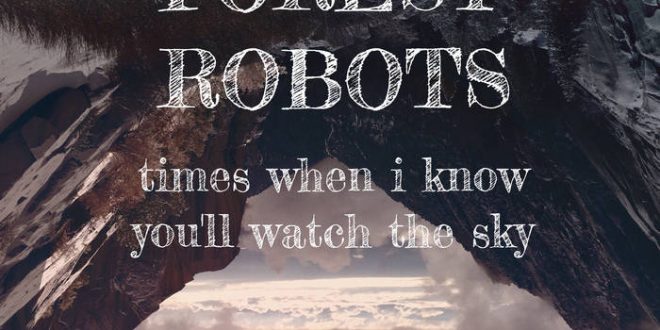 When you think of new age music, you won’t be too far from it if a sci-fi movie comes to mind and its instrument and synthwave-filled soundtrack. That is why Forest Robots’ style is so unique. As with their other albums, this brainchild of Francisco Dominguez is in his own words, a collection of music that hopes to provide a soundtrack to the outdoors. He also hopes to pass along a message that our public lands are worth protecting and preserving.

Times When I know You’ll Watch the Sky continues from where Fran’s previous seasonal themed albums stopped, what you get is a passionate journey that originates from his soul. The sounds from the album are minimalist, professional, blissful and also relatable. The melody and rhythm also produce such a calming effect that you can easily lose yourself in the aura. Forest Robots’ music can be otherworldly at times, not quite EDM-ish but delicate enough to be its own sound.

One of the most impressive things about Times When I know You’ll Watch the Sky is how relaxing it is to just listen to the project from one song to the other. Each track flows gently into the next, providing an endless stream of melody that is simply breathtaking. It’s like a whole new vibe that starts from the first track and keeps you locked in till the very end. The songs are addictive, thoughtful and put together with such musical genius that it’s not hard to appreciate what Forest Robots is doing with sound. If you’re looking for something higher tempo, Follow the Fog and The Rain provides a merry jig that will get listeners moving their body along with the vibe.

Forest Robots continues to show how adept he is at creating conscious, thoughtful music that has meaning. Times When I know You’ll Watch the Sky is immersive, ambient and even though it could seem experimental, you’d definitely love the direction. This body of work is beautiful, and everyone will find something to love there. A short movie is also included with the album titled All Things Grow Faint with Great Adorn In Autumn that also gives even more context to the album.

Stephen Vicino is the founder of MusicExistence.com. He created this site to give talented musicians a voice and a way to be discovered.
@@svicino
Previous Interview: Jasmine Cain discusses her new album, Seven
Next New Politics announce new album ‘An Invitation to an Alternate Reality’