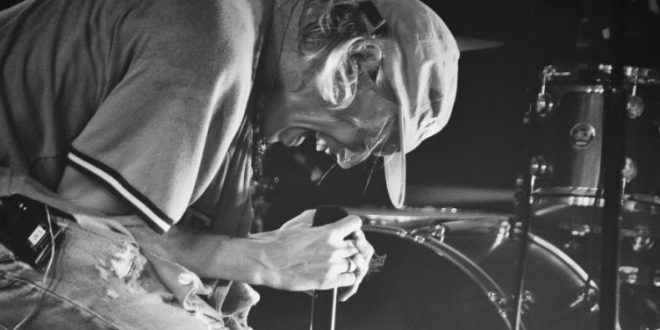 COUNTERFEIT. share empowering new music video for “It Gets Better”

On the heels of critical acclaim and overwhelming audience support, buzzing UK rock band COUNTERFEIT. enlisted some of their biggest fans to appear in the music video for the new single “It Gets Better.”

On the video frontman Jamie Bower stated: “The video and the song are about healing, connection, community, humanity and spirit. We are lucky enough to have a fan base that feels like a family so wanted to bring the sense of community that we feel to a larger audience.”

The video which was directed by Phillip Lopez, sees the five-piece band embrace a roomful of passionate and dedicated fans who were invited by the band via social media to help shoot the video and feel how “it gets better” by coming together and sharing their stories. Jamie Bower continues to candidly open about facing anxiety, depression, and recovering from drug and alcohol addiction, the crowds open up back to him, getting closer and closer to COUNTERFEIT. It stands out as their most powerful and essential statement yet.

Fresh off the North American leg of their tour, the band are headed overseas for a string of sold-out European dates. Regular and VIP tickets are available at: www.therealcounterfeit.com.

“It Gets Better” is the first song to be released leading up to a full release in 2020, and the beginning of what’s to come from the 5-piece.