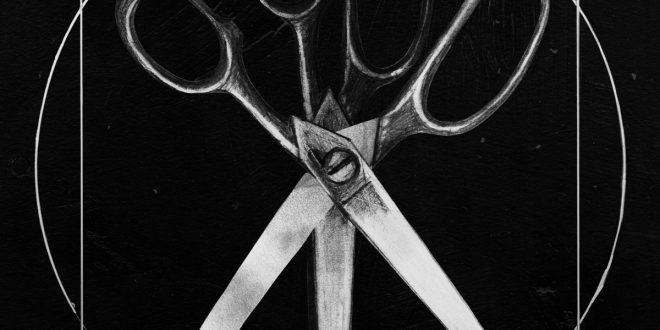 It’s only been a year since their last release, Vitriola. The writing and production of these two albums bumped together closely. Singer and guitarist Tim Kashner has even said “they may forever be considered companion pieces.” But don’t think for a minute that Get Fixed is just b-sides and leftovers. It is its own piece of work with its own identity and it stands on its own as a great album, the ninth full-length album in Cursive’s long history.

I really found myself identifying with “Black Hole Town” on a personal level, as I imagine a lot of people can. That’s kind of the point of these blue collar, working people’s songs. But it was surprisingly accurate in describing my relationship with my small town. The opening line is “Got a job at the paper mill, building boxes for retail.” That is actually the job I had back when I lived in the town where I grew up. And the sentiments shared throughout the rest of the song pretty much sums up how I feel, and probably how a lot of people feel.

There’s an ongoing theme throughout the album of civil unrest and national strife. It’s a feeling of outrage and hopelessness toward where we’ve ended up as a society, especially the state of the US, Cursive obviously being a US-based band. Songs like “Barricades” and “Horror Is A Human Being” and “Look What’s Become Of Us” encapsulate this feeling perfectly. And there’s no better genre to express this state of affairs than Cursive’s take on post-hardcore noise. It’s chaotic and violent and it instills a sense of unrest and incredulity. Kashner has said that he was inspired by the “pathetic, greedy rise of Nationalism” he’s been seeing in the world lately. You can definitely hear and sympathize with his political frustrations on this album.

Despite having been around for a few decades, Cursive proves throughout Get Fixed that they’re showing no signs of slowing down on their creative output. From beginning to end every song sounds fresh and original. I especially liked the riff that starts the album on “Vultures” and the horn parts on “Horror Is A Human Being.” There’s a lot of inventiveness on this album. The lyrics and messages provide a lot of food for thought. “The world is turning over. I worry we’ll end up on the wrong side.”

Francis Baptiste is a musician and music journalist. His writing appears in Citrus Magazine, Permanent Rain Press, City Soundcheck, and Music Existence. He also manages his own personal blog about music https://francisbaptiste.com.
Previous Interview: Dirty Honey talk touring, climbing the charts, and opening for Slash
Next Down the Lees debut official music video for “Antiseptic Heart”