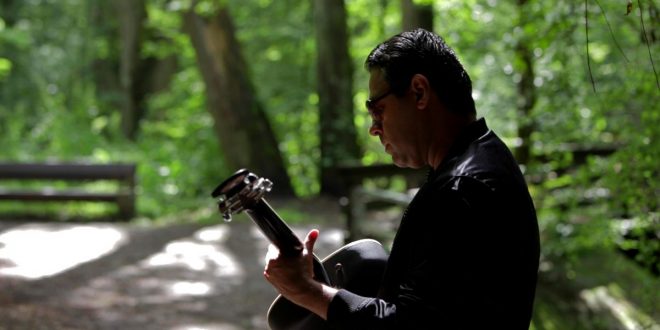 Packed with melodic and emotive guitar, the album is the perfect balance of melody, experimental genres, harmony, and groove.

Dreams the album will have ten tracks that will be available on both CD and on all major streaming platforms. A range of additional benefits available for fans who will Pre-Save the album (Link given below) such as a bonus unreleased track, signed CDs, merch, guitar lessons, and personalized instrumental production session. Click the link below to Pre-Save the album.

The album has “modern meets traditional” written all over it, and it contains elements from many musical genres such as instrumental rock, blues, funk rock, pop-rock, EDM and acoustic. “Although, there is no narrative that anybody has to follow, each of the songs in my view relates to the specific milestone I remember, the crazy moments, the desperate moments, the wonderful moments, the moments that were just fun. They all relate to the journey of Dreams” Shehzad said.

The album will be released with a music video of track Matched Hearts on October 18, 2019. To keep up to date visit: http://www.shehzadbhanji.com/

Narrated by critics as “an extraordinary instrumental guitarist who can make his instrument sing with unparalleled purity” Shehzad Bhanji has taken the melodic instrumentals to new levels of production.

Based in Doha, Qatar, Shehzad’s unusual melodic and fusion approach to his instrumentals and songs expand its harmonic limits and improvisational possibilities.

​Shehzad has released two albums to date and endorses 5 brands. He is currently engaged in a number of experimental projects such as electronic fusion rock instrumental, international language songs, background scores for short films and documentaries, all recorded at his SB-26 Studio in Qatar. He has been featured in a number of leading magazines such as Rolling Stone, Jamsphere, Planet Rock along with a host of music blogs and podcasts from around the world.

Shehzad’s perspective of producing instrumentals is simple i.e. it should take listeners on a journey, expressing the feeling of that moment. He uses instrumentals that force an emotional connection with its listeners. Every melody, every beautiful texture, every blend of sound narrates a story that takes the listeners on a unique inner journey.

His inspiration comes from artists like Joe Satriani, Eric Johnson, Eric Clapton. His music is unprecedented in that its compelling melodies and the various instruments he uses are vast and wide.

Apart from producing music, he is passionate about assisting upcoming musicians and artists in finding their way in the world of music. He is an active member of a local NGO that focuses on providing a platform for young musicians to showcase their talent. He was also an integral part of a project which organized the country’s first national-level music competition.