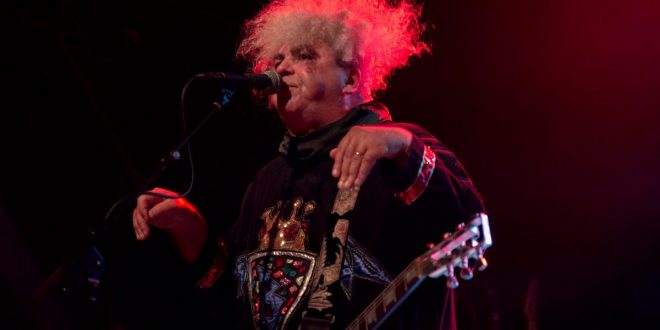 Since the early 80s Montesano, Washington’s the Melvins have remained consistent in delivering their very own unique brand of punk/stoner rock. Led by the iconic frizzy haired frontman vocalist/guitarist Buzz Osborne along with drummer Dale Crover, together the two have nearly 30 albums under their belt through out their career spanning a little over four decades.

Since touring together back in 2017, Melvins and Redd Kross are back at it again on tour with one and other like one big musical family with both bassist Steve McDonald and drummer Dale Crover pulling double duties that evening (actually every evening) as the two are full-time members of both bands, McDonald joining the Melvins back in 2015 and Crover with Redd Kross in 2017.

The tour made its stop at Brooklyn’s Warsaw on Thursday, October 10th in front of a Sold Out crowd, but the show didn’t start off the way that I’m pretty positive that mostly everyone of the sold out crowd didn’t think it would, as Toshi Kasai would take to the stage playing the roll of a warm up act that didn’t at all seem pleasing to anyone, and believe me when I say this, as most of the crowd were either focused on their cell phones or engaging in conversation. His set was basically him DJing some type of weird trippy sounds with a tiny laser show projected on the backdrop screen. It felt like a 20 minute long bad trip, it literally killed any high I had from when I first walked in the doors, I had to actually just go stand outside and pretend that the show didn’t in fact start yet and what I’m hearing is just outside noise. The rest of the show would totally be a different story.

Next up to take the stage was Hawthorne, California’s very own Redd Kross, who thankfully after the first 20 minutes of the show, would waste no time at all getting the sold out crowd fired up like we all were when we first arrived. It was my first time seeing Redd Kross live and I’ll tell you I was immediately taken by them, their eclectic style of alternative music was amazing to witness it for the first time live. Songs that grabbed my attention and really stood out to me were of coarse the cover the Sparks “When Do I Get to Sing “My Way”, “Fighting”, “Neurotica”, “Linda Blair” and the amazing  cover of The Beatles “It Won’t Be Long”.  Everything about Redd Kross was rock!!! From their stage presence, to their style and sound. Its safe to say I’m all for Red Kross and I would definitely advise everyone to give them a listen.

The Melvins hit the stage with pure power right from the first cord of “Sesame Street Meat,” off the Butthole Surfers pseudo-collaboration Hold It In, and from that point on It was all hits with the crowd exploding. The trio of  Buz Osborne, Dale Crover, and Steve McDonald unleashed a furry of tracks from their long discography. While its hard to actually a finger on individual songs that highlighted the set mainly because the entire set was a highlight, some of my personal favorites from the set included “Anaconda”, “Hooch”, “Honey Bucket” and “The Bit“. Some more stand out highlights would in fact be, the Melvins covering Redd Kross’ “Charlie” halfway through the set. The two bands ended the show together on stage, with the rest of Redd Kross joining the Melvins for Redd Kross’ “Standing In Front of Poseur” and the Kiss cover “Deuce.”

Overall the show basically felt like it was just one big headlining band that played two different acts during the show like one big bad ass punk type musical. Both bassist Steve McDonald and drummer Dale Crover pulled double duties that evening (actually every evening) as the two are full-time members of both bands, McDonald joining the Melvins back in 2015 and Crover with Redd Kross in 2017.  Both had a nice long list of songs in their sets and

Redd Kross
Beyond the Door
When Do I Get to Sing “My Way” (Sparks cover)
Lady in the Front Row
Switchblade Sister
Jone H
Uglier
What’s A Boy To Do?
Stay Away From Downtown
The Party Underground
Fighting
Annie’s Gone
It Won’t Be Long (The Beatles cover)
Neurotica
Jimmy’s Fantasy
Linda Blair 1984 / Annette’s Got the Hits

NewYork Based Photographer. Music Enthusiast with a background in Graphic Design. Whether I'm shooting a live event or just out wondering the streets its about capturing the moment.
Previous Byre’s new Here In Dead Lights
Next Zaritza, “Slot Machine” 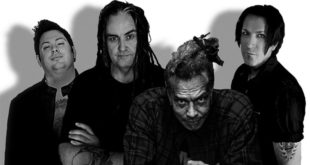 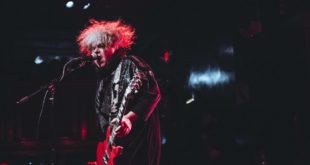