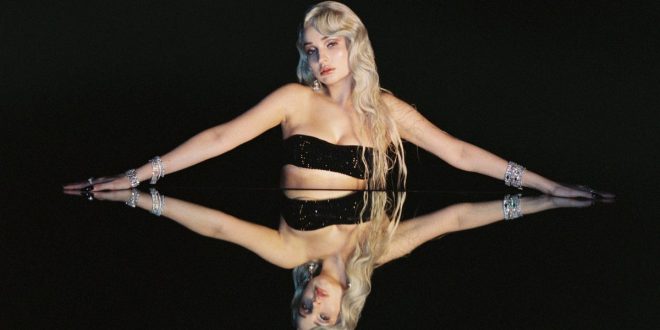 Kim Petras is back with a brand new music video folatest single “Icy.” From her 12-track project Clarity, the ethereal, beat-heavy bop sees Kim breaking the confines of a toxic relationship to become a stronger, independent version of herself whose vulnerabilities have frozen over.

“I wanted the visual to feel fresh and signify becoming a stronger version of myself,” says Kim on the video. “The video starts with me feeling trapped and watched in a glass box, but as it progresses, I escape and evolve into a bionic version of myself through the pain of heartbreak.”

Accompanying the release, Kim has added a European leg to her upcoming The Clarity Tour. Kicking off on October 21 in Vancouver, The Clarity Tour will bring Kim to major cities across North America before she headlines shows in London, Paris, Berlin, Amsterdam, Manchester, and more at the start of 2020.

Celebrating the spooky season, Kim recently dropped her Halloween-inspired, 17-track project TURN OFF THE LIGHT, which hit #2 on Apple’s Pop Chart, saw Kim trend nationwide, and added nine new tracks to its critically-acclaimed first volume to become one body of work. PRESS HERE to listen. Additionally, with the limited edition pink swirl version selling out at Urban Outfitters, TURN OFF THE LIGHT VOL. 1 is now available on vinyl in neon pink via Amazon.

Kim, who appears alongside Kash Doll, Alma, and Stefflon Don on the opening track “How It’s Done” from the Charlie’s Angels soundtrack and is featured on MAX’s “Love Me Less” remix and Charli XCX’s “Click,” is set to continue a trajectory that saw her recognized as one of music’s most promising new artists after accumulating over 215 million global streams, breaking into Top 40 radio with her pop hit “Heart to Break,” and opening for Troye Sivan on his 2018 nationwide the Bloom Tour.

At the start of this year, Kim sold out her first ever headline shows in New York City, Los Angeles, Sydney, and Melbourne before headlining Sydney Mardi Gras. While in Australia, she also made a pop-up appearance to perform alongside Rita Ora on her Phoenix World Tour. She was also recently nominated for GLAAD’s Outstanding Music Artist award.