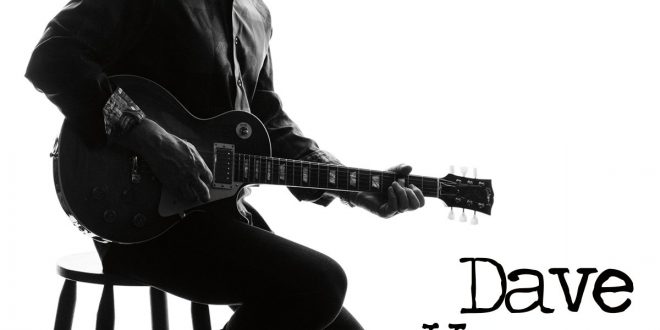 A strutting groove meets a sizzling guitar melody in “Miles Upon Your Heart,” one of the eleven songs on Dave Vargo’s new record Spaces in Between, and although the harmony that Vargo conjures up in this track is among the sharper that he’s shared with us in his career, it’s joined by equally engaging elements in “Rewrites,” the hit single “Battle Burns” and “Someday,” that are just as remarkable when consumed without any external interruptions. Spaces in Between is an involved listen that demands the full attention of its audience in order to be fully appreciated, but it’s nonetheless an album that any Dave Vargo fan needs to hear this October.

Vargo’s smoky vocal has never sounded as on-point as it does in the sensational “Not Alone,” blustery “This Time Around” (my favorite song from the record) and the textured guitar ballad “Without a Fight,” but it’s constantly accompanied by an instrumental backdrop that is just as endearing an entity. The lyrics are the true centerpiece in Space in Between, but were they not joined by such brooding melodies around every twist and turn in the tracklist, they wouldn’t be quite as effective as they are in this present state.

Beyond Dave Vargo’s incomparable singing skills and lush lyrical content, there’s a com-positional conceptualism to the structuring of “Nowhere Else” and “Tracks” that is show-stopping in its own right. Audiophiles will love the detail, while occasional folk-rockers will appreciate just how original and unfiltered all of this material – regardless of experimental depth – is in every instance it’s presented to us.

As far as the production quality is concerned, Spaces in Between is the most polished effort Dave Vargo has released to date. The substance of the song craft in tracks like “In Between” and “This Moment On” has little, if anything, to do with the pristine pop varnishing that was applied to the music in the post-recording phase of record development; Vargo wants us to feel the full scope of his musicality in this LP, and in order to do just that, he steers clear of predictable bells and whistles right from the get-go.

Dave Vargo scores another smash with critics and diehard fans alike in Spaces in Between, which I would deem one of the more fun and poignant records of its kind to see widespread release this year. He’s being himself with us in these songs, introducing new, experimental elements into his sound that lend as much to his accessibility as an artist as they do his credibility as a composer, and proving once and for all that he is undoubtedly among the best and brightest singer/songwriters in the game today. Its tracklist is as solid as they come, and an amazing addition to an already captivating discography without question.

Previous Live Review + Gallery: Art Alexakis of Everclear at Space in Evanston, IL. 10.08.19
Next BENEATH THE HOLLOW Release Lyric Video for “Spellbound”