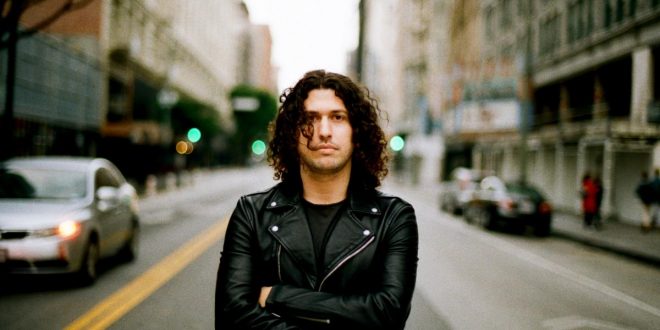 The New Regime, fronted by Ilan Rubin, released the music video for “A Way To Feel Again” today. The video was directed by John David Moffat. Check out the new music video now.

“A Way To Feel Again deals with the disconnect we experience as people consumed by technology. Often we chose to convey deeper emotions through the surface-level, two dimensional communication of texting and emailing which adds to our detachment from one another” says Rubin.

To convey this feeling, Moffat says he put together an eerie visual that “had a camera flying from above, stalking Rubin on his journey home and him on the ground trying to evade, treading through an area of earth full of infrastructure, but devoid of humanity. ”

“A Way To Feel Again” is off The New Regime’s most recent release Heart, which came out September 6th and is the first installment of the band’s 4-part release of the full-length album Heart Mind Body & Soul out early 2020. Today, the band is announcing the release of the second installment, Mind, which will be released November 22nd.

Rubin, whose young age defies the amount of work he’s already tackled, was recently called “Nine Inch Nails’ secret weapon” (Metal Injection) and “one of rock’s most in-demand drummers” (Louder). Today, however, it can be argued that the multi-instrumentalist’s best work happens when this one-man-band is fronting-and backing-The New Regime. The band’s previous releases have been featured by massive press outlets such as Billboard, Entertainment Weekly, NME, Alternative Press, and Modern Drummer and have seen them share the stage with Muse, The Killers, Nine Inch Nails, The Used, Juliette Lewis, Alice In Chains, and more. With new music slotted to come out soon, Rubin is looking forward to continuing to reinvent the wheel and becoming a master of his own regime.