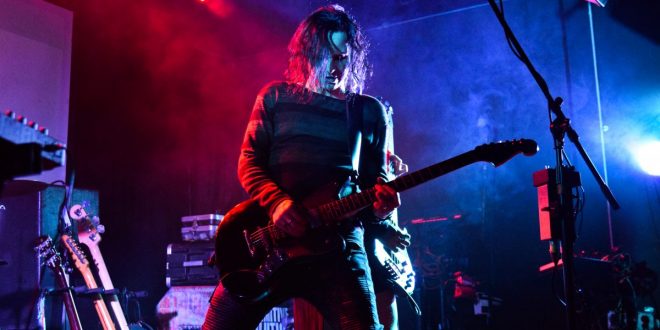 On September 27th, as part of the Divine Descent US Tour 2019 with post-industrial English act  <PIG> and Chicago-based Cyanotic, A Primitive Evolution made their way to Stimulate NYC’s anniversary event at Brooklyn’s Saint Vitus Bar. If there was ever a more perfect lineup it would be this trio right here. A Primitive Evolution a.k.a. APE made quite an impression as they tore up the stage from beginning to end.

The Toronto-based band has a hypnotic appeal that can only be appreciated when you see them live. Frontman and guitarist Brett Carruthers rips through each and every song like his life depends on it. His enthusiasm is contagious, flowing to his band members and throughout the floor. Bassist Steph Misayo Seki is a master at her craft. She has an unbreakable laserlike focus and revels in the energy of the performance. Also in top form–Owen Mackinder of The Birthday Massacre on keys, and drummer Jake Hamilton.

The interactions between the members is always one of my favorite parts from any performance and these guys did not disappoint. Constantly smiling at one another and going into each other’s spaces while maintaining engagement with the crowd. At one point Mackinder climbed onto the keyboard like a cat about to lunge. And later on, Carruthers made his way into the middle of the audience to bounce off spectators in what seemed like an impromptu guitar-ladened mini mosh pit.

After having witnessed the awesomeness that is A Primitive Evolution, I highly recommend them if they ever come by you.

Make sure to check them out at the links below:

Concert lover, music fanatic. If it sounds good to me, the rest doesn't matter.
@njaziaddict
Previous Astaroth Incarnate Are Set To Self Release “Ascendance” On December 6, 2019
Next Back 2 Zero Release New Single & Music Video, “People Like Us” 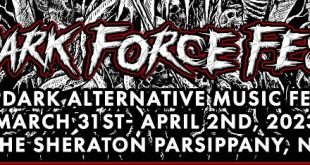 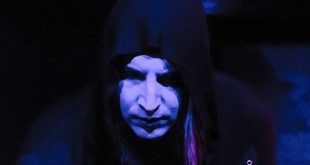