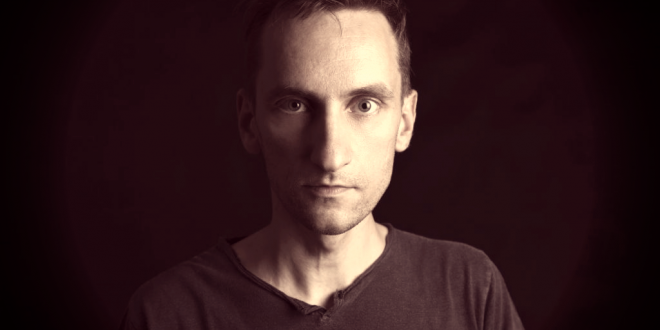 Echoofmyvoice is a daring new solo project from Slovak vocalist/songwriter Bohus Michalko of the indie rock band Teskohippies. Bohus built a strong reputation with Teskohippies, touring in Slovakia, Romania and Czech Republic, playing major festivals, and releasing an album, two EPs, and a single. Now, he has decided to push his music into new territories. Echoofmyvoice uses instrumental chorus hooks and other atypical arranging techniques to provide fans with a new sound that’s fresh and compelling.

A debut single, “Light Years Away,” stand out giving a unique listening experience  that combines a blues riff, a catchy beat  and emotive vocals. The song deals with a never-ending romantic love between two people who can’t be together but also can’t forget each other, accept reality, and move on with their lives. It’s the kind of real life situation that listeners can feel and understand. It’s rhythmic, textural, and atmospheric and quickly pulls listeners into its world.

Bohus is a multi-dimensional artist who draws his inspiration for diverse sources such as pop, EDM, house, latin music and rock.  Echoofmyvoice is the next step of his evolution and is one of the most interesting acts currently emerging on the scene. Music fans searching for a brave new sound meant for a modern audience need to start listening.

Stephen Vicino is the founder of MusicExistence.com. He created this site to give talented musicians a voice and a way to be discovered.
@@svicino
Previous Gallery: K. Flay at Royale in Boston, MA (09.25.19)
Next Simple Creatures debut new single, “One Little Lie”