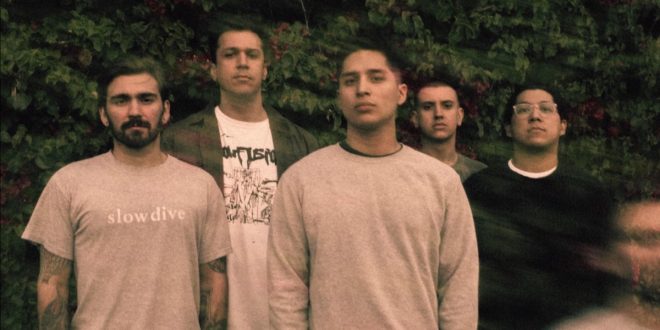 Today Vamachara have teamed up with Kerrang! to premiere the new video for the song “Deliverance.” Watch it here.

The song will appear on the bands new EP HEREAFTER is do out October 25 and will be released on Closed Casket Activities.

“Deliverance’ is the first single off of Hereafter and it sets the general tone of the album,” the band told Kerrang! “The song deals with depressive episodes of a couple of our members, but each song is definitely more personal than any of our previous releases. For Hereafter, we tried a few new things to make sure every song was straight to the point and as raw as possible.”

“The music video was filmed at a warehouse in Los Angeles early July,” the band continued. “Our friend Kiabad Meza of Modern Vision filmed the video for us. Kiabad had already done all of the photography for the album art, so we felt it was natural to have him be a part of the video. Choosing ‘Deliverance’ for the video was easy to agree on, as well. The filming itself was pretty rough, as it was during a heatwave in L.A. in the middle of the day, but everyone still put in 100% of their energy into it. We’re very excited about how it all came together.”

NewYork Based Photographer. Music Enthusiast with a background in Graphic Design. Whether I'm shooting a live event or just out wondering the streets its about capturing the moment.
Previous International Duo Channels Past And Present To Win Best Rock Act At World’s Largest Indie Music Awards
Next Machine Head Announce New Line-Up For “Burn My Eyes” 25th Anniversary Tour